What is small bowel bacterial overgrowth?

Some of the conditions linked to increased risk for developing bacterial overgrowth include:

The symptoms of SIBO include:

These symptoms are not specific to SIBO and can be seen with several other GI conditions in the absence of SIBO.

Diagnosing SIBO includes obtaining a comprehensive medical, surgical and symptom history to identify risk factors and symptoms that may be suggestive of bacterial overgrowth. The physical exam will help your child's physician evaluate for malabsorption and underlying disorders that have been linked to an increased risk for SIBO.

Diagnostic screening testing may include imaging (CT, MRI, X-ray) of the abdomen and bowel to evaluate for dilated loops of bowel and screen for any areas of narrowing of the bowel causing decreased motility through the intestines.

Bacterial culture of the bowel

The bacterial culture of bowel is a direct method of testing using endoscopy to obtain aspirate and culture samples from the small intestine. This test is not commonly used due to the procedure being invasive and requiring endoscopy to obtain specimen. The results obtained are only indicative of the location where the specimen was obtained and can underestimate the total number of actual bacteria present in other areas of the small bowel.

The most common test used to diagnose bacterial overgrowth is the hydrogen breath test.

This test is a simple and non-invasive way to indirectly test for bacterial overgrowth. During this test, your child will drink a substrate (glucose or lactulose) that will interact with the bacteria in the small bowel to produce byproducts that can be measured in the exhaled breath. Timed interval measures of the exhaled breaths are used to detect changes in hydrogen production and methane production which are indicative of bacterial overgrowth

Dietary management is aimed at providing education to families about foods that do not contribute to producing excess gas and providing dietary guidance to maintain vitamin and nutritional needs.

Antibiotics are prescribed for management of SIBO to reduce the bacterial overgrowth and treat the inflammation to the bowel lining caused by SIBO.

Some of the antibiotics commonly used include:

The specific antibiotic used is based on each individual patient's history.

Duration of treatment with antibiotics may be short term (seven to 14 days) or a longer course may be prescribed. Antibiotics may also be cycled for use during a specified amount of time for each month as ordered.

Probiotics can also be used in management of bacterial overgrowth due to their effects on reducing bacteria in the bowel from colonizing.

Prokinetics can be used jointly with the antibiotic therapy in the management of bacterial overgrowth in patients that have dysmotility of the small bowel associated with diagnoses such as gastroparesis or chronic intestinal pseudo obstructions.

Some of the prokinetics commonly used include:

Long-term outlook for children with SIBO

Why choose CHOP for SIBO care 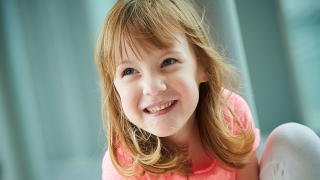 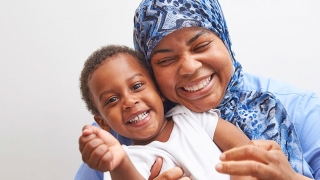