Lily, 11, has a joyful personality. Her mother, Ashleigh, also describes her as energetic, motivated and optimistic. After Lily was diagnosed with high-risk neuroblastoma — a tumor of nerve tissue that can occur in many areas of the body — all those qualities came shining through.

Lily’s optimism was clearly on display two days before she was to begin chemotherapy. It was nighttime, and her brother Flynn, 8, got up to ask for milk. As he and Ashleigh sat on the stairs, he asked if Lily was going to die. “I told him there was a very small chance, which is not entirely accurate,” recalls Ashleigh. “He told me he had talked to a friend at school, and they decided there was a 1% chance that Lily would die.” Tearful, Ashleigh took him back upstairs — only to discover that Lily was awake and had heard the conversation. “I asked her if she was OK. She looked at me and said, ‘Mom, why didn’t you tell him? There is a ZERO PERCENT chance I am going to die.’ We knew from that moment that Lily was going to fight and approach this disease with the same ferocity she has approached everything.” 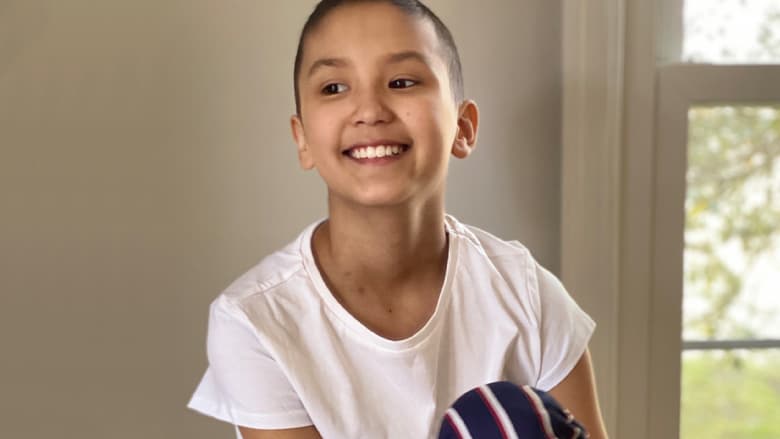 With your support, our tireless researchers can discover the next treatment for kids like Lily.

Lily’s diagnosis came after she started experiencing lower back, hip and leg pain in fall 2019. It kept getting worse, at times causing her to struggle to stand up. One bad episode sent the family to the after-hours urgent care at Children's Hospital of Philadelphia’s (CHOP) Specialty Care & Surgery Center at Brandywine Valley, where bloodwork showed mild anemia. Lily started physical therapy, but after a few weeks, the pain became persistent.

They headed to CHOP’s Emergency Department, where Lily got an ultrasound, more bloodwork and appointments scheduled with the divisions of Infectious Diseases and Rheumatology. Several examinations followed, as well as a positive test for Lyme disease — which shares many symptoms with leukemia and lymphoma, as Ashleigh learned from “Dr. Google.” In mid-December, Lily received the neuroblastoma diagnosis and was admitted to CHOP two days before Christmas.

A big hardship for Lily has been missing the soccer, lacrosse and basketball she plays. “We were supposed to go skiing in Maine over the New Year holiday,” says Ashleigh. Lily was so looking forward to it, “She had a tear-off countdown in her room for over 100 days and was crushed when she learned we would have to cancel.” Nonetheless, she has rallied, with support from members of her sports leagues. She attended as much school as possible between treatments and kept up once lessons went virtual in March because of the COVID-19 pandemic.

While sports may be on pause, Lily has another interest that cancer can’t interrupt: She plays the saxophone. For her virtual fifth-grade graduation ceremony, she got to show off her skills with a rendition of “Pomp and Circumstance.” It was a moment when that joyful personality of hers could take center stage.