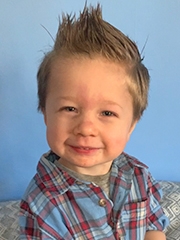 Emmalyn and Carson needed to go to CHOP’s Philadelphia Campus for their surgical procedures. For eight months after Carson was born, Kayleigh, Emmalyn and Carson stayed with Kayleigh’s parents in Lansdale, Pa., which is closer to Philadelphia than the family’s Ephrata home. Kayleigh’s husband, Cameron, visited on weekends. “It would have been nice to keep the family together,” says Kayleigh. “A trip to King of Prussia would have been a lot easier.” Indeed, many of the surgical procedures they underwent will be offered at CHOP’s King of Prussia hospital when it opens in fall 2021. 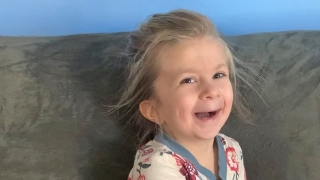