As a partner who shares Children's Hospital of Philadelphia’s (CHOP) bold vision for pediatric care, the Chappell Culpeper Family Foundation invests in programs that have the potential not only to save lives today but to change the future trajectory of medicine. 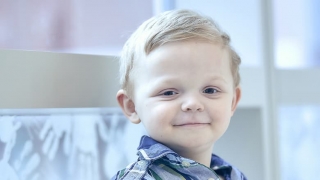 With John Chappell as the founder and daughter Jennifer Paradis Behle as the CEO, the foundation provided funding in 2016 to help catapult the launch of CHOP’s first Frontier Program for Lymphatic Imaging and Interventions, now named the Jill and Mark Fishman Center for Lymphatic Disorders. The team, led by Yoav Dori, MD, PhD, has been a pioneer in mapping the anatomy and flow of the once-mysterious lymphatic system. They’ve developed novel advanced imaging and interventional techniques to diagnose and treat life-threatening lymphatic system disorders. Because lymph is everywhere in the body, these discoveries are profound and broad reaching. Patients from around the world now travel to CHOP in search of care for these often undiagnosed and difficult-to-treat conditions.

Recognizing the widespread impact that seed funding has had in the ongoing success story of lymphatics, the Chappell Culpeper Family Foundation recently committed to supporting two additional cutting-edge programs at CHOP.

The foundation has also pledged strategic support for CHOP’s new hospital in King of Prussia, which will open in fall 2021 and will give a wide arc of communities — from Princeton in the east to Lancaster in the west — easier access to a 24-hour Emergency Department and CHOP’s world-class specialists, including those from Oncology and Orthopaedics, both ranked #1 in the nation for pediatric specialties by U.S. New and World Report. As the chair of the new hospital’s advisory council, Ms. Paradis Behle is helping to lead the effort to raise philanthropic dollars.