Children with obstructive sleep apnea who had a common surgery to remove their adenoids and tonsils showed notable improvements in behavior, quality of life and other symptoms compared to those treated with “watchful waiting” and supportive care. However, there was no difference between both groups in attention and executive functioning, as measured by formal neuropsychological tests. 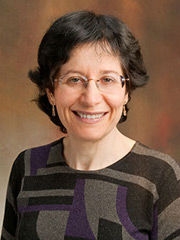 Carole Marcus, MD, director of the Sleep Center at The Children's Hospital of Philadelphia

The Childhood Adenotonsillectomy Trial (CHAT) studied 464 children, aged 5 to 9, at seven academic sleep centers. “This was the first randomized clinical trial of surgery for obstructive sleep apnea in children,” said the study’s first author, Carole L. Marcus, MD, a sleep specialist and director of the Sleep Center at The Children’s Hospital of Philadelphia. “Some previous, smaller studies had found this condition associated with cognitive and behavioral problems, including ADHD, so it was important to do a controlled trial to evaluate the benefits of surgery, which is a common treatment.”

The CHAT researchers published their findings online today in the New England Journal of Medicine, in conjunction with a presentation at the American Thoracic Society annual meeting. Susan Redline, MD, MPH, of Brigham and Women’s Hospital, Boston, is the study’s principal investigator.

Obstructive sleep apnea syndrome (OSAS) is a condition of interrupted breathing caused by a narrowing in the throat or upper airway, resulting from enlarged tonsils and adenoid, obesity or other medical problems. Occurring in both adults and children, OSAS has a higher prevalence in African-American and obese patients.

Adenotonsillectomy (AT), the surgical removal of adenoid and tonsils, is the primary treatment for OSAS in children. Over half a million U.S. children undergo AT annually.

How the study was conducted

The study randomized 464 children to either receive AT or watchful waiting with supportive care from 2007 to 2011. Nearly half the children were overweight or obese. All underwent a sleep study at an outpatient sleep center at baseline and after seven months of treatment. The study did not include patients with the most severe sleep apnea.

The primary outcome of the CHAT trial was the Attention/Executive Function Domain score in a formal test, the Developmental Neuropsychological Assessment, administered by licensed psychometricians. The study found no significant difference between the treatment groups in these test results.

The secondary outcomes included ratings from parents and teachers who completed questionnaires rating a child’s behavior, sleepiness, quality of life, and executive functioning, including details about activities of daily living. For instance, adults rated the degree to which a child kept up with tasks, had angry outbursts or mood changes, got along with other children, planned ahead, worried frequently, or had trouble sleeping.

The children who had surgery had significantly greater improvements, compared to children in the watchful waiting group, in the secondary outcomes listed above. Notably, added Marcus, the parents’ ratings of their children’s behavior were consistent with those from the teachers, suggesting that these results were not solely due to parental expectations.

Overall, both surgery and watchful waiting were safe in this clinical trial, so Marcus said that watchful waiting was a reasonable option for parents of children with less severe OSAS who opt not to have surgery, but that clinicians should carefully monitor these children to ensure their condition does not worsen.

The CHAT trial, added Marcus, left many questions for further research. Since the children were followed only seven months after treatment, for example, what will a longer follow-up period show? The children in this study were aged 5 to 9, but less is known about the most effective treatments at younger ages, and if OSAS recurs as children enter puberty. The connection between a patient’s sleep apnea in childhood and in adulthood has also not been well studied. Finally, in this trial, African American children, obese children and those with more severe OSAS were less likely to have resolution of their disease than other children.

“Sleep medicine is a very new field, with many unanswered questions,” concluded Marcus. “For instance, we go to sleep each night, yet we don’t even know truly understand the true purpose of sleep. But this study is a great first step in finding some of the answers.”

The National Institutes of Health supported this study (grants HL083075, HL083129, RR024134, and RR024989). In addition to Marcus, co-authors from The Children’s Hospital of Philadelphia were Nina Hattiangadi Thomas, PhD, and Lisa Elden, MD.