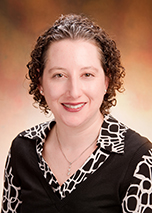 Marni Falk, MD August 7, 2013 — Researchers have identified a master network of signaling molecules that acts like a “fuse box” to regulate the cellular effects of defective energy flow in mitochondrial respiratory chain diseases — a diverse set of difficult-to-treat genetic-based energy disorders. Using that knowledge, they showed that nicotinic acid, a form of vitamin B3, partially restores normal functioning in cells taken from patients with mitochondrial disease.

The study, from The Children’s Hospital of Philadelphia (CHOP), suggests that the regulatory signaling network may offer a common avenue to target in the developing effective, personalized treatments for many mitochondrial energy disorders.

Mitochondrial malfunction and its effects

Mitochondria are tiny biological structures that act as cellular power plants, extracting energy from nutrients to drive the body. When mitochondria malfunction, they may impair the function of potentially any organ in the body, in an often bewildering variety of ways. Mitochondrial disease can have widely varying effects and severity in different tissues, ranging from blindness to exercise intolerance to death, often wreaking progressive havoc over time in both children and adults.

“Finding a common cellular response reveals that some order exists in the chaos of these basic energy diseases,” said study leader Marni J. Falk, MD, director and attending physician in the Mitochondrial-Genetic Disease Clinic at CHOP. “Identifying the central factors regulating manifestations of mitochondrial disease is like troubleshooting a household electrical system: instead of analyzing problems occurring at each individual light bulb or switch plate, we have located a central problem in the fuse box.”

Falk and colleagues published their study Aug. 7 in the journal PLOS ONE. First author Zhe Zhang, PhD, of CHOP’s Center for Biomedical Informatics, collaborated closely with Falk in the study’s experimental design and data analysis.

Primary mitochondrial diseases directly interfere with functioning of the respiratory chain (RC) — the highly conserved sequence of chemical reactions within mitochondria that generate energy from oxygen and nutrients.

“There are hundreds of different individual reasons for RC malfunction,” said Falk, “but we identified a common cellular response — an integrated, nutrient-sensing signaling network — that recognizes when energy flow is impaired. That response alters a host of biological pathways, and in many tissues, those secondary biochemical changes are actually contributing to the symptoms of disease.”

RC malfunction in mitochondrial disease may cause symptoms such as seizures, strokes, blindness, heart disease, progressive muscle weakness, or vulnerability to infections, among other problems. No cure exists, and most current treatments for RC diseases are largely ineffective.

“The good news in our research is that these signaling pathways regulating the body’s response to mitochondrial disease are already well known for other reasons,” said Falk. “Using an agent that restores their collective activity toward more normal functioning offers potential treatments for the diverse symptoms of mitochondrial RC disease.”

Building on her team’s previous animal studies, showing that a cholesterol-lowering drug called probucol restored kidney function in a mouse model of an RC defect, Falk and colleagues used a form of vitamin B3, nicotinic acid, in their current study. Like probucol, nicotinic acid is known to stimulate the PPAR signaling pathway. Here they added nicotinic acid to a fibroblast cell line grown from the skin of a patient with the mitochondrial disease known as Leigh syndrome that causes strokes in young children.

The results, said Falk, were exciting. The nicotinic acid normalized signaling activity not just in PPAR, but across an integrated signaling network, and also improved overall cellular respiration — the cells’ ability to use oxygen.

“Even though the underlying genetic defect in RC function persisted, we were able to reverse some of its major deleterious downstream effects on crucial cellular functions that are impaired in many varieties of mitochondrial disease.”

Falk cautioned that much work remains to be done, including studies in animal models, to determine if this discovery in patient tissues and cell culture may lead to effective clinical treatments. But, she added, “finding a central signaling mechanism common to highly diverse RC disease should allow researchers to better classify subtle differences in this signaling response to understand subtypes of mitochondrial disease and fashion personalized treatments that restore specific signaling alterations identified in individual patients.”