Children under age 2 may be at heightened risk for abuse and neglect during the six months immediately following a parent’s return from deployment in the U.S. Army, and the risk may rise among Army families with soldiers who are deployed more than once.

Researchers from the PolicyLab at The Children’s Hospital of Philadelphia (CHOP) performed one of the largest longitudinal retrospective studies analyzing child abuse and neglect among Army families. Supported by the Defense Health Program, the study appeared today in the American Journal of Public Health. 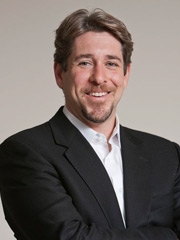 “Prior research had revealed an increased risk to children while parents were deployed, mostly due to supervisory neglect while parents were overseas,” said the study’s senior author, David M. Rubin, MD, MSCE, the co-director of PolicyLab. “This study is the first to reveal an increased risk when soldiers with young children return home from deployment. This demonstrates that elevated stress when a soldier returns home can have real and potentially devastating consequences for some military families.”

“While incidents of child abuse and neglect among military families are well below that of the general population, this study is another indicator of the stress deployments place on soldiers, family members and caregivers,” said Karl F. Schneider, Principal Deputy Assistant Secretary of the Army for Manpower and Reserve Affairs. “Since the end of the data collection period in 2007, the Army has enacted myriad programs to meet these kinds of challenges head on, and we will continue working to ensure services and support are available to soldiers, families, and their children.”

The study included children under age 2 in Army families of over 112,000 soldiers deployed once or twice during the years 2001 to 2007. The first two years of a child’s life are known to be a period of high stress for families.

Risk of abuse by non-soldier caregiver higher after two deployments

The researchers compared patterns of abuse and neglect in Army families of soldiers deployed only once versus those deployed twice. The study focused on the first two years of a child’s life because of the elevated risk for life-threatening child abuse among infants that exceeds risk in all other age groups. 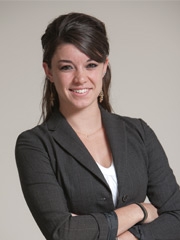 Christine Taylor “The finding that in most cases the perpetrators were not the soldiers themselves reveals to us that the stress that plays out in Army families during or after deployment impacts the entire family, and is not simply a consequence of the soldier’s experience and stress following deployment,” said Christine Taylor, the study’s lead author, a project manager at CHOP’s PolicyLab.

Support for families at risk

The Family Advocacy Program offers a breadth of valuable services to families, such as parenting classes, child care services, and classes focused on a soldier’s reintegration into home life. Ultimately, these findings may inform efforts by the military and civilian systems to standardize care and support military families during all periods of elevated risk.

This research is supported by the Defense Health Program under award number W81XWH-11-2-0100.