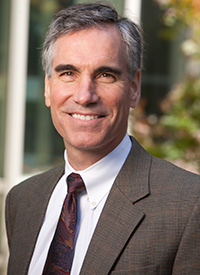 Joseph W. St. Geme, III, MD February 4, 2013 — Joseph W. St. Geme, III, MD, was named physician-in-chief of The Children’s Hospital of Philadelphia and chair of the Department of Pediatrics at the Perelman School of Medicine at the University of Pennsylvania, effective July 1, 2013. Dr. St. Geme comes to Philadelphia from Duke University where he has served since 2005 as the chairman of the Department of Pediatrics and Chief Medical Officer of Duke’s Children’s Hospital.

“I am very pleased that Dr. St. Geme has agreed to join us at Children’s Hospital,” said Steven M. Altschuler, MD, chief executive officer. “He is a distinguished scientific researcher and member of the Institute of Medicine and is recognized nationally for his outstanding leadership at Duke.”

“Dr. St. Geme is a renowned researcher, an acclaimed teacher, and a visionary and highly productive leader, and is an excellent choice to lead Pediatrics to continued success,” noted J. Larry Jameson, MD, PhD, executive vice president of the University of Pennsylvania for the Health System and Dean of the Perelman School of Medicine.

An internationally known and respected researcher, Dr. St. Geme has focused his efforts on studying host-pathogen interactions involving pathogenic bacteria, aiming to identify targets for novel antimicrobials and to facilitate vaccine development. The primary emphasis of his laboratory has been Haemophilus influenzae, a leading cause of childhood morbidity and mortality worldwide.

Dr. St. Geme is known by many in Philadelphia’s medical community, having completed a pediatric residency and chief residency at CHOP. He has a bachelor’s degree in Biological Sciences from Stanford University and a medical degree from Harvard Medical School. He pursued postdoctoral training in microbiology and infectious diseases at Stanford University, working in the laboratory of famed microbiologist Stanley Falkow, PhD, and receiving clinical training at Lucile Packard Children’s Hospital.

In 1992, he joined the faculty at Washington University School of Medicine as a member of the Departments of Pediatrics and Molecular Microbiology, and in 1998 he assumed responsibilities as director of the Division of Pediatric Infectious Diseases, and in 2000 he was named Co-Leader of the Pediatrics Infection, Immunity, and Inflammation Research Unit.

The Children's Hospital of Philadelphia was founded in 1855 as the nation's first pediatric hospital. Through its long-standing commitment to providing exceptional patient care, training new generations of pediatric healthcare professionals and pioneering major research initiatives, Children’s Hospital has fostered many discoveries that have benefited children worldwide. Its pediatric research program is among the largest in the country, ranking third in National Institutes of Health funding. In addition, its unique family-centered care and public service programs have brought the 516-bed hospital recognition as a leading advocate for children and adolescents.

Penn Medicine is one of the world's leading academic medical centers, dedicated to the related missions of medical education, biomedical research, and excellence in patient care. Penn Medicine consists of the Raymond and Ruth Perelman School of Medicine at the University of Pennsylvania (founded in 1765 as the nation's first medical school) and the University of Pennsylvania Health System, which together form a $4.3 billion enterprise.

The Perelman School of Medicine is currently ranked #2 in U.S. News & World Report's survey of research-oriented medical schools. The School is consistently among the nation's top recipients of funding from the National Institutes of Health, with $479.3 million awarded in the 2011 fiscal year.

Penn Medicine is committed to improving lives and health through a variety of community-based programs and activities. In fiscal year 2011, Penn Medicine provided $854 million to benefit our community.