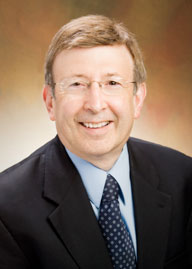 This annual award recognizes a fellow of the ACC for “innovative, outstanding teaching characteristics and compassionate qualities” resulting in “major contributions to the field of cardiovascular medicine at the national and/or international level.”

As director of the Fellowship Training Program in Pediatric Cardiology at Children’s Hospital for the past 22 years, Dr. Weinberg has exerted an important influence on innumerable pediatric cardiologists and cardiac surgeons. Dr. Weinberg conducts weekly teaching conferences on cardiac morphology (heart structure) and has frequently lectured on that topic at national and international meetings. He has made extensive contributions to the scientific literature, including numerous chapters in prominent cardiology textbooks.

A member of the CHOP medical staff since 1977, Dr. Weinberg also is a professor of Pediatrics and of Pediatric Pathology and Laboratory Medicine in the Perelman School of Medicine at the University of Pennsylvania.

He has previously received the Robert Dunning Drips Award for excellence in graduate medical education from Penn, the Blockley-Osler Teaching Award, and a Teacher of the Year Award from Children’s Hospital. His other honors include the CHOP Cardiac Center Alumni Achievement Award and the Jefferson Medical College Alumni Achievement Award.

In addition to Dr. Weinberg, several other physician-researchers from the Cardiac Center at The Children’s Hospital of Philadelphia participated in ACC.13. They presented new findings: