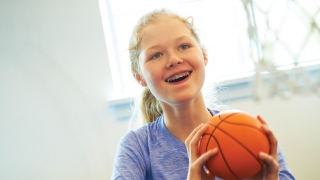 The Friedreich’s Ataxia Center of Excellence at Children’s Hospital of Philadelphia (CHOP) is committed to providing expert care for children living with Friedreich's ataxia (FA). FA is a rare, progressive neurodegenerative condition found in approximately 1 in 50,000 people worldwide. It is the most common form of inherited ataxia. Affected individuals may also develop cardiomyopathy and/or diabetes.

Our Center strives to provide children with the best clinical care available and advance research to improve the lives of all individuals with FA. CHOP is proud to pursue an interventional trial in individuals with FA thanks to a research grant from NIH/NHLBI. The Friedreich's Ataxia Research Alliance (FARA), a patient advocacy organization, also collaborated in the development of the proposed study.

The “ExRx in FA” trial is a randomized, placebo-controlled trial that will test the combination of a dietary supplement known as nicotinamide riboside (NR) and exercise to see if the combination increases FA patients’ aerobic capacity, the ability of the heart and lungs to deliver oxygen to the muscles. The trial will also look at whether this combination increases insulin sensitivity, allowing the body’s cells to use blood glucose more effectively, thereby reducing blood sugar levels.

Exercise is the most effective way to increase muscle mass, aerobic capacity, energy production by mitochondria, and insulin sensitivity, but to date the effects of exercise have not been studied in patients with FA. Muscles that have been exercised show an increase in a compound known as nicotinamide adenine dinucleotide (NAD+), which is used for energy production. In animal studies, giving precursors to NAD+ to test animals whose heart muscles lacked frataxin – the protein that is produced in insufficient quantities in those with FA – returned those animals’ cardiac function to near normal. Based on the success of those animal studies, investigators will explore whether NR, a dietary supplement that is an NAD+ precursor, combined with exercise will increase both mitochondrial energy production in skeletal muscle and muscle mass, allowing the heart and lungs to transport oxygen to muscles more effectively and increasing insulin sensitivity.