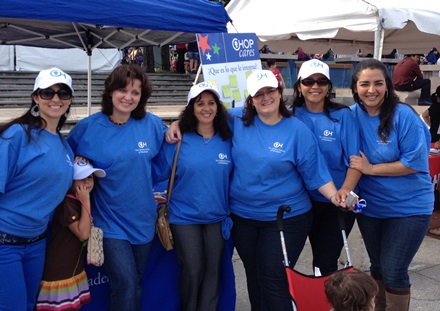 September15, 2013 — Global Health and the Office of Diversity and Inclusion at The Children's Hospital of Philadelphia hosted a booth at the Mexican Independence Day Festival on Penn’s Landing in Philadelphia. C

CHOP volunteers from across the hospital volunteered to give out safety, nutrition and poison control information to festival attendees. More than 15,000 people participated.

The festival was part of Global Philly 2013 — a series of global, international and multicultural events happening in Philadelphia in the fall of 2013.

CHOP representatives staff a booth at the Mexican Independence Day Festival in Philadelphia.