Children’s Hospital of Philadelphia (CHOP) is joining the Friedreich’s Ataxia Research Alliance (FARA) and several other institutions to launch a new study that tracks brain and spinal cord changes in individuals with Friedreich’s ataxia (FA), a rare, progressive neurogenetic disorder that affects the function of the cerebellum, the part of the brain that helps plan and coordinate movements. About 5,000 people in the United States are affected by FA. 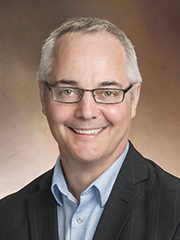 William Gaetz, PhD The TRACK-FA study represents the most extensive worldwide neuroimaging study in FA to date with 200 children and adults expected to enroll. The study will explore the natural disease history of FA with the goal of determining biomarkers that could help in developing new therapies as well as developing a comprehensive database that researchers around the world can access.

“TRACK-FA is an exciting multi-center international effort - bringing in significant expertise in FA from around the globe,” said William Gaetz, PhD, a research scientist in the Department of Radiology at CHOP who is involved with the study. “Together, we aim to identify and validate neuroimaging biomarkers indexing disease progression in FA; an important first step towards developing a treatment for this rare and debilitating disease.”