Colin Conine wants to know more about sperm – specifically, what kinds of small RNAs they are carrying and how those RNAs ultimately influence traits of the babies they produce. 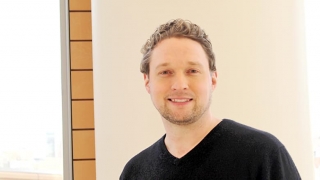 “For years, researchers assumed the role of the sperm was fertilizing the egg, and that was pretty much it,” said Conine, PhD, Assistant Professor of Pediatrics and Genetics at Children’s Hospital of Philadelphia (CHOP). “However, in the last 10 to 15 years, we’ve learned that the paternal environment – like what they eat and their exposure to stress – impacts offspring traits like metabolism and behaviors, and that influence is due to changes in small RNAs carried by the sperm.”

For his research in this area, Conine has been named a 2021 Pew Scholar in the Biomedical Sciences, which provides funding to 22 young investigators of outstanding promise in science relevant to the advancement of human health. Conine was selected from among 198 nominations submitted by leading U.S. academic and research institutions to receive four years of funding to invest in exploratory research. The funding will allow him to continue his research into the diversity and roles of small RNAs in sperm.

Although historically RNAs have been thought of as intermediaries that help translate information from the DNA in our genes into functional proteins in our bodies, it is now also understood that RNA can play a regulatory role, helping to turn genes on or off. This often occurs via small regulatory RNAs or fragments of RNAs. When it comes to sperm, prior studies have shown that the paternal environment can regulate these small regulatory RNAs in sperm, with changes in diet leading to changes in tRNA fragments, whereas stress influences microRNAs.

However, there are millions of RNAs in sperm, many of which have not been identified and characterized. That’s where Conine’s research comes in. With the help of the Pew Award, he plans to characterize all RNAs in sperm across multiple species. Once he and his team provide a comprehensive overview of all the RNAs in sperm, they plan to test what impact those RNAs have on the next generation, learning what various RNAs regulate and how they impact offspring traits.

Learn more about Conine’s award and the 2021 Pew Scholars Program in the Biomedical Sciences here.