July 17, 2013 — Gene therapy researchers have produced a bioengineered decoy that fools the immune system and prevents it from mistakenly defeating the benefits delivered by a corrective gene. The decoy was effective in animal studies, and if the approach succeeds in humans, it offers a potential new treatment for genetic diseases such as hemophilia, while advancing the broader field of gene therapy. 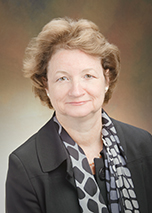 Decoy strategy could be individualized to patients

“This decoy strategy could be individualized to patients and could greatly expand the population of patients who may benefit from gene therapy,” said study leader Katherine A. High, MD, director of the Center for Cellular and Molecular Therapeutics (CCMT) at The Children’s Hospital of Philadelphia. “Right now, 30 to 60 percent of adult patients develop antibodies that block the ability of an intravenously infused vector to reach the target cells in the liver. This approach holds the promise of overcoming this roadblock — pre-existing antibodies — and allowing successful intravenous gene therapy in virtually all adult patients.”

High, a Howard Hughes Medical Institute Investigator, has led pioneering investigations of gene therapy at Children’s Hospital for the inherited bleeding disorder hemophilia and other diseases.

Previously, in clinical trials, High used adeno-associated virus (AAV) as a vector — a delivery vehicle — to ferry a corrective DNA sequence to patients with a mutation causing hemophilia B, the second most common form of the disease. The delivered gene enables the patient to produce a needed blood-clotting factor.

AAV does not cause human disease, but because we are routinely exposed to this virus, 30 to 60 percent of people develop antibodies that neutralize AAV if it enters the circulation. To extend the potential benefits of gene therapy to a broader population, researchers have long sought ways to better manage this immune response. The decoy strategy could solve this challenge for any disease in which vectors must be delivered through the circulation.

The current study by High and colleagues relies on a capsid, the protein shell surrounding a virus. Following in vitro studies in human serum, the researchers injected empty AAV capsids along with gene therapy vectors into a mouse model. The anti-AAV neutralizing antibodies bound to the capsid decoys, allowing the DNA-carrying vectors to evade the antibodies and enter the targeted cells in the liver.

The study team next engineered the capsids to disable their ability to enter target cells. This prevented the capsids from triggering a second immune response, from T cells, that also could eliminate the corrective genes. The gene therapy was safe and effective in rhesus macaque monkeys, which produced higher levels of clotting factor, with no adverse effects.

“Our results, which held up over a range of doses, suggest that in clinical studies, it will be feasible to adjust the ratio of empty capsids to gene vector doses, depending on an individual’s pre-existing level of neutralizing antibodies,” said High. “That means we could personalize gene therapy to make it more efficient for each patient.”

“This work should make it possible to bring effective gene therapy to most adults with severe hemophilia B,” High continued. “Each patient would receive a personalized final formulation that contains just the right amount of empty capsid to neutralize any pre-existing antibody, and allow the gene-expressing vector to reach the liver.”

Support for this study came from the National Institutes of Health (grant HL078810) and the Center for Cellular and Molecular Therapeutics, The Children’s Hospital of Philadelphia. The Howard Hughes Medical Institute (HHMI) also provided support.

High’s and Mingozzi’s co-authors were from Children’s Hospital and the Perelman School of Medicine at the University of Pennsylvania (where High is a faculty member). Another co-author was Xavier M. Anguela, PhD, of both the CCMT and HHMI.