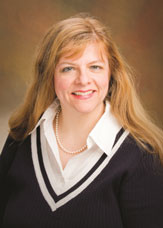 BMI is a measure of body weight adjusted for height. Lorraine Katz, MD

June 6, 2013 — Obese teenagers who reduced their body mass index (BMI) by 8 percent or more had improvements in insulin sensitivity, an important metabolic factor related to the later development of type 2 diabetes. The teens followed a family-based, lifestyle-modification weight loss program that offers the potential to become a broader model.

This threshold effect that occurs at 8 percent suggests that obese adolescents don’t need to lose enormous amounts of weight to achieve improvements,” said pediatric endocrinologist Lorraine Levitt Katz, MD, of the Diabetes Center for Children at The Children’s Hospital of Philadelphia. “The improvements in insulin sensitivity occurred after four months of participating in a lifestyle-modification program.”

The findings appeared online on May 24 in The Journal of Pediatrics. The first author is Pamela Abrams, MD, a member of the study team while at Children’s Hospital, and currently at St. Luke’s Center for Diabetes and Endocrinology, Center Valley, PA. Another co-author from Children’s Hospital is psychiatrist Robert I. Berkowitz, MD, the principal investigator of a federally sponsored clinical trial of weight loss treatments, from which the researchers analyzed data for the current study. 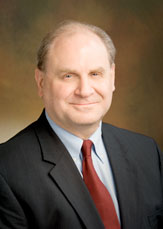 The study team analyzed results in 113 primarily urban adolescents, aged 13 to 17, of whom 81 percent were female, and 62 percent were African American. At the start of the study, their mean BMI was 37.1, placing them in the severely obese range. None had type 2 diabetes, but their obesity placed them at high risk to develop the disease in the future.

The main finding of the current study was a significant improvement in all measures of insulin sensitivity. There was also a trend toward improvement in metabolic syndrome.

The threshold of 8 percent — the level at which a decreased BMI showed improved insulin sensitivity — was consistent with results found previously in adults. Importantly, said Abrams, “while the ideal goal is to achieve normal weight levels, you don’t need to be skinny to see improvements. This 8 percent reduction in BMI is achievable, and BMI is easy for primary care physicians to track.” (By factoring in both weight and height, BMI is a more useful measurement than simply weight alone.)

The weight loss program, explained Berkowitz, used family-based lifestyle modification. Clinicians taught the teens and adults about healthful eating habits and encouraged them to increase physical activities, such as walking, climbing stairs and engaging in sports. Some of the teens used portion-controlled, prepackaged foods, while others ate regular food but followed a calorie-restricted, nutritionally balanced diet.

The teens attended weekly group counseling meetings, separately from the parents, who had their own weekly group meetings. Group leaders encouraged parents to model healthful behavior for their children, and to support the teens’ behavior changes. “This study reinforces the importance of behavior change — adopting healthy eating habits and getting more physical activity — in achieving weight loss in adolescents,” added Berkowitz, the director of CHOP’s Weight and Eating Disorders Research Program.

The authors added that this study was relatively small, and that future research in larger numbers of patients is needed to reveal longer-term results, and to investigate further effects on adolescent metabolism and health. “These are preliminary results,” said Katz, “but this is the first study to identify a threshold effect for these improvements, and later studies can build on this one. Having more evidence about reasonable weight loss goals will help researchers develop more effective programs for teenage patients. ”

“Threshold for Improvement in Insulin Sensitivity during an Adolescent Weight Loss Trial,” The Journal of Pediatrics, published online May 24, 2013.