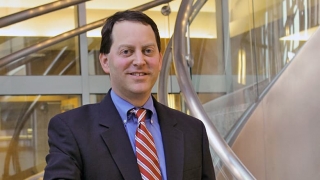 Stephen S. Leff, PhD Nearly two-thirds of school-aged children are bullied by their peers during their school years, according to new research published in the May issue of Pediatrics. In an accompanying commentary, behavioral health experts from Children’s Hospital of Philadelphia (CHOP) outline the role pediatricians can play in identifying, treating, and providing referrals for patients who are victimized by their peers.

“Given that this new study found nearly two-thirds of school-aged children report peer victimization during elementary and/or middle school, this is an important period in which pediatricians can screen for victimization during well-child visits,” said commentary lead author Stephen S. Leff, PhD, a psychologist in the Department of Child and Adolescent Psychiatry and Behavioral Sciences and Co-Director of the Violence Prevention Initiative at CHOP, and professor of Clinical Psychology in Pediatrics at the Perelman School of Medicine at the University of Pennsylvania. “Pediatricians should have referrals and resources available for patients, including services that are offered at their practice or institution and other trustworthy options for families.”

Given that the study also found a correlation between peer victimization among children between the ages of 6 and 17 and fathers with a history of antisocial behavior during adolescence, the authors stress that screening for parental mental health history could provide useful information for pediatricians in assessing a patient’s risk for becoming a victim of bullying, and for identifying when families need additional support.

“To interrupt a cycle of antisocial behaviors among boys in families, pediatricians could play a role in the detection of these behaviors and subsequent intervention during adolescence, before youth become parents,” Leff said. “There may also be value in pediatricians being more attuned to indicators of parental mental health challenges so that they can make recommendations to address the parents’ mental health needs and better prepare parents to support their child’s social-emotional development.”

Stephen Leff is available to speak about ways pediatricians can help screen and treat patients for peer victimization, including how these practices have been implemented at CHOP. For interviews, please contact Joey McCool Ryan at McCool@email.chop.edu.