One of the few large studies to report long-term outcomes in cardiac patients treated in childhood with extracorporeal membrane oxygenation (ECMO) has found overall favorable outcomes among survivors, as reported by families. ECMO provides short-term breathing and heart support for critically ill children while doctors treat the underlying illness.

The team analyzed a cohort of 396 patients with cardiac disease treated with ECMO at CHOP from 1995 to 2012. Overall mortality was 66 percent at a median follow-up of six years after ECMO therapy, which remains consistent with outcomes seen in previous decades. 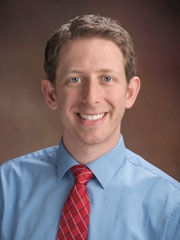 However, the authors noted a discrepancy between family-reported favorable outcomes and a relatively high rate of medical and behavioral issues revealed by more detailed questioning. Almost 25 percent of patients had below-average school performance and required special education, and almost 50 percent had parental-reported learning disabilities. These results may help families define realistic expectations regarding long-term outcomes for children supported with ECMO due to an underlying cardiac condition. 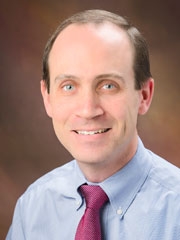 Matthew J. O’Connor, MD Matthew D. Elias, MD, a pediatric cardiologist at CHOP and first author of the study, noted that ECMO use in children with congenital heart disease (CHD) has increased markedly over the past several decades, as increased experience in pediatric cardiology and cardiac surgery has allowed ECMO use to expand to more complex patients. Senior author Matthew J. O’Connor, MD, also a CHOP pediatric cardiologist, added that “several factors have potentially improved long-term outcomes, such as increasing experience with ECMO and CHD in general. But the inclusion of a more medically complex population in the recent era may mitigate these improvements in outcomes, accounting for the fact that overall mortality rates haven’t changed much.”

Although this single-center study represents one of the largest cohorts of ECMO patients undergoing detailed assessments of outcomes and quality of life, Elias said that further research in larger, multicenter studies should further investigate family experiences and long-term patient outcomes. He added, “In the meantime, our findings should allow for improved family counseling in discussing long-term quality of life for children with heart disease.”

The ECMO Center at Children’s Hospital of Philadelphia recently received the “Platinum Level ELSO Award for Excellence in Life Support” from the Extracorporeal Life Support Organization (ELSO), an international consortium of centers offering ECMO (extracorporeal membrane oxygenation) for support of failing organ systems in infants, children and adults. CHOP’s ECMO Center has been recognized as an ELSO Center of Excellence since 2008. The Platinum Level is the highest awarded honor, and is rarely achieved by ELSO member institutions, especially pediatric centers. The ECMO Center at CHOP is the only ECMO center in the Philadelphia region designated by ELSO as a Platinum Center of Excellence, and is one of the most active in the country. It has supported more than 1,300 patients since it was established in 1990. The program’s multidisciplinary team is comprised of pediatric surgeons, neonatologists, intensivists, anesthesiologists, perfusionists, specially trained nurses and respiratory therapists.