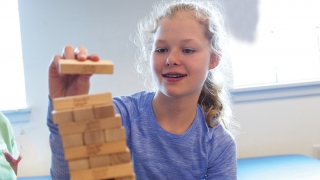 When researchers study a rare disease with no approved therapies, they often talk about “incremental improvement,” or paint a hopeful-but-hazy horizon for breakthroughs. They rarely use the four-letter word: cure.

But in the case of Friedreich’s ataxia (FA), “cure” is now in the lexicon, thanks to an explosion in scientific findings over the last 20 years that continues to accelerate. David Lynch, MD, PhD, at Children’s Hospital of Philadelphia, along with Robert Wilson, MD, PhD, at the University of Pennsylvania’s Perelman School of Medicine, has been a leader in the pursuit. In collaboration with Wilson and Ian Blair, PhD, at the University of Pennsylvania, Lynch is working to elucidate the metabolic dysfunction underlying FA and developing biomarkers for the disease. The team also has launched 8 clinical trials since 2009, with 4 more expected in the coming year, among many other accomplishments.

In March, that leadership led the Friedreich’s Ataxia Research Alliance (FARA) to make a $3.25 million gift to establish the Penn Medicine/CHOP Friedreich’s Ataxia Center of Excellence, a first-of-its-kind program pushing to make “cure” a reality. It is co-directed by Lynch and Wilson.

What Makes a Center of Excellence?

Here at CHOP your child has access to top-notch clinical care and cutting-edge research opportunities in one place. Learn about what sets us apart.

FA is a neurodegenerative condition with a prevalence of 1 in 50,000 worldwide, including 5,000 cases in the United States. While rare, it is the most common form of inherited ataxia, and also causes dysarthria, cardiomyopathy (the most common cause of FA’s mortality) and scoliosis. Symptoms typically appear between ages 5 and 15, though a later-onset presentation is possible. It is caused by a deficiency in the mitochondrial protein frataxin.

With 275 patients, the clinical program at CHOP is the largest in the world and serves patients throughout their lives. The program’s youngest patient is 4; its oldest is 82. “We’re essentially their primary care physician,” explains Lynch, “as well as a place they go for the specialists often needed in FA: cardiac surgery, orthopedic surgery and diabetes care.”

Lynch is also the network principal investigator of the Collaborative Clinical Research Network in Friedreich’s Ataxia, an 800-patient natural history study now in its 11th year. The study is providing a roadmap for the disease.

Catalyzed by FARA, the international FA research community is highly collaborative. Researchers in France recently published promising FA gene therapy in mice, and Lynch hopes this will lead to human clinical trials within 18 months. His group, with its pioneering work in developing biomarkers for the disease and large patient population, may be in a unique position to help transition the work from mice to people.

“We need biomarkers and clinical measures that are even more sensitive than what we have now,” he says, “both to minimize risk to the patient and to be able to assess the therapy’s progress in a disease whose effects play out over a lifetime.”

Meanwhile, Lynch has several other drug trials underway, many of which have shown some progress at improving symptoms or slowing the disease progression.

“Each of these trials is a shot on goal, and they are reasonably good shots on goal,” says Lynch of the FA drug trials going on at CHOP and elsewhere. “Each of them, if it’s not successful, is designed to inform on why and do better the next time.”