Lutheran Settlement House (LSH) will award Wendy Hamilton of SugarHouse with the Women of Courage Visionary Leadership Award and Karen Hudson, MSW, LSW, of The Children’s Hospital of Philadelphia (CHOP) with the Women of Courage Community Advocate Award. LSH will additionally recognize four inspiring clients from its four departments who have demonstrated courage in the face of adversity and found their way to self-sufficiency. 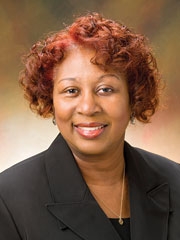 Karen Hudson, Program Leader of CHOP’s Homeless Health Initiative, is a strong and passionate advocate dedicated to eliminating health disparities among children and families experiencing homelessness and has worked closely with the residents of LSH’s homeless shelter, Jane Addams Place. In January, Karen Hudson was chosen as part of Tamron Hall’s Pay it Forward series on the TODAY show, which included a mural dedication in the hallway of LSH.

Wendy Hamilton, General Manager of SugarHouse Casino, is known both for her business savvy and strong support for the Philadelphia community. Under her guidance, SugarHouse has worked closely with our employment program and has financially supported LSH’s major capital renovation project.

General Admission tickets for the Women of Courage Awards Ceremony and Luncheon are priced at $100 per ticket; nonprofit admission is $75 per ticket. To buy tickets or learn more about the event, visit www.lutheransettlement.org/women-of-courage.

About the Lutheran Settlement House

Established in 1902, Lutheran Settlement House was founded on the principles of the settlement house movement and originally served communities of newly arrived immigrants. This year, Lutheran Settlement House will serve over 5,400 Philadelphians through four main program areas: Jane Addams Place, a homeless shelter for women and children; the Bilingual Domestic Violence Program; the Adult Education and Career Development Program; and the LSH Senior Center, which includes an Intergenerational farm tended by seniors and local teens.