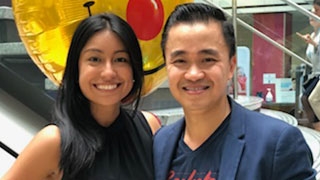 To recognize the contributions and presence of Hispanic and Latino Americans in the United States, National Hispanic Heritage Month is celebrated each year from Sept. 15 through Oct. 15. The monthlong celebration dates back to 1968, the anniversary of independence of five Latin American countries: Costa Rica, El Salvador, Guatemala, Honduras and Nicaragua. This year's national theme was “One Endless Voice to Enhance our Traditions.”

CHOP’s Office of Diversity and Inclusion, the Multicultural Professionals Network, and the Cultural Awareness Council observed Hispanic Heritage Month in a variety of ways. The celebrations included dance demonstrations in the hospital’s atrium and story time in Seacrest Studios, where Latin stories read by Hispanic/Latino CHOP employees were broadcast to TVs in patient rooms.

One of the most popular features of Hispanic Heritage Month included a series of stories featuring eight CHOP staff members who identify as Hispanic/Latino. Staff from Puerto Rico, Columbia and Peru shared their favorite cultural traditions, what wise words they would share with the next Latin generation, and why it is important to celebrate CHOP’s culture of inclusion during Hispanic Heritage Month.

Community partners from Taller Puertorriqueño displayed beautiful paintings that were created by students in the community. Staff from Public Health Management Corporation, CHOP PolicyLab, Esperanza Academy Charter School, and Philadelphia Federation of Teachers led a discussion about the documentary Immigrant High. Participants shared their reactions to the documentary, perspectives on current immigration policies, and views on systematic barriers (e.g., education, healthcare, laws) immigrant families may have to face.

In July 2016, the census estimate for Philadelphia’s Latino/Hispanic population rose to 14.4 percent.

As an institution, CHOP strives to create a diverse, caring environment that reflects the populations we serve. Hispanics/Latinos make up 4.3 percent of CHOP’s workforce. (This is based on the number of employees who shared their race/ethnicity in their HR records, where employees are encouraged to confidentially disclose personal demographic such as veteran status, age and gender.) 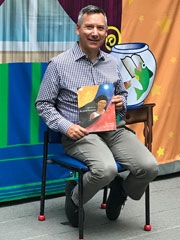 We have 15 full-time interpreters for Spanish, which accounts for almost 50 percent of our CHOP interpreter team. We receive an average of 5,400 Spanish interpreting requests each month (both telephonic and in person). Our Spanish-speaking patient families are primarily from Mexico, Dominican Republic, Puerto Rico and Central America. CHOP interpreters also serve families from various South American countries, especially through Global Patient Services.

By creating a workforce reflective of our diverse patient population, as well as the communities we serve, we ensure our ability to deliver compassionate, culturally competent, family-centered care. Look for CHOP Recruitment at targeted hiring events in the city, including the Hispanic Chamber of Commerce Young Professional Conference: Proximo Nivel on Oct. 31, 2018.

Learn more about Latino/Hispanic culture in Philadelphia, including arts, food, and a cultural celebration calendar.