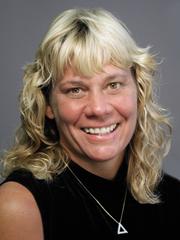 CDH occurs when the diaphragm (the muscle that separates the chest from the abdomen) fails to close during prenatal development, and the contents from the abdomen (stomach, intestines and/or liver) migrate into the chest through this hole. About 1,600 babies are born with CDH every year in the U.S.

“Infants with CDH are at an increased risk of malnutrition post-surgery because of increased energy expenditure due to respiratory support, pulmonary hypertension or lung hypoplasia, and increased incidence of gastroesophageal reflux or disease,” said Diane L. Spatz, PhD, RN-BC, FAAN, senior author of the study and Director of the Breastfeeding and Lactation Program at CHOP and Professor of Perinatal Nursing at the University of Pennsylvania. “Infants with CDH benefit from a human milk diet, as will most babies with birth defects, as demonstrated in the Spatz 10-step model for human milk and breastfeeding in vulnerable populations.”

The retrospective study included 149 infants born with CDH and admitted to the CHOP Newborn/Infant Intensive Care Unit (N/IICU), (of whom 126 were born in the Garbose Family Special Delivery Unit (SDU) and the remaining 23 were transferred from outside hospitals. Of 126 mothers who delivered in the SDU, 120 initiated pumping after birth, and 21 of the 23 mothers delivering at an outside hospital initiated pumping postnatally.

Sixty percent of mothers who delivered at CHOP had documented prenatal nutritional consultations and received the “Power of the Pumping” instructional DVD prior to delivery. The majority of mothers (86.8%) planned to provide human milk to their infants. The remaining mothers (13.2%) reported no intention or were undecided about expressing milk. All of the mothers initiated milk expression regardless of their prenatal intention.

“The majority of the infants were receiving human milk. Mothers in our study were able to provide a 100% milk diet to their infants, and many of our mothers had excess supply to donate to CHOP’s Mother’s Milk Bank,” added Spatz.

This research is the first study to document the lactation outcomes of mothers with infants with CDH and infant feeding outcomes. Future research should focus on mother-infant dyads at other institutions and also focus on the long-term impact of human milk on long-term health outcomes for babies with CDH,” said Spatz.