An international research team has identified gene mutations causing severe, difficult-to-treat forms of childhood epilepsy. Many of the mutations disrupt functioning in the synapse, the highly dynamic junction at which nerve cells communicate with one another.

An international research team has identified gene mutations causing severe, difficult-to-treat forms of childhood epilepsy. Many of the mutations disrupt functioning in the synapse, the highly dynamic junction at which nerve cells communicate with one another. 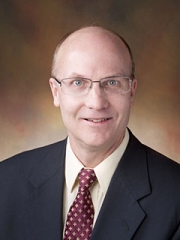 Dennis Dlugos, MD “This research represents a paradigm shift in epilepsy research, giving us a new target on which to focus treatment strategies,” said pediatric neurologist Dennis Dlugos, MD, director of the Pediatric Regional Epilepsy Program at The Children’s Hospital of Philadelphia, and a study co-author. “There is tremendous potential for new drug development and personalized treatment strategies, which is our task for the years to come.”

Multiple researchers from the U.S. and Europe performed the research, the largest collaborative study to date focused on the genetic roots of severe epilepsies. The scientists reported their results online today in the American Journal of Human Genetics (epub ahead of print).

Two international research consortia collaborated on the study—the Epi4K/EPGP Consortium, funded by the National Institute of Neurological Disorders and Stroke (NINDS) and the European EuroEPINOMICS consortium. The genetic analysis was performed at the NINDS-funded Epi4K Sequencing, Biostatistics, and Bioinformatics Core at Duke University, led by Drs. David Goldstein, Erin Heinzen and Andrew Allen.

The current study added to the list of gene mutations previously reported to be associated with these severe epilepsy syndromes, called epileptic encephalopathies. The researchers sequenced the exomes (those portions of DNA that code for proteins) of 356 patients with severe childhood epilepsies, as well as their parents. The scientists looked for “de novo” mutations—those that arose in affected children, but not in their parents.  In all, they identified 429 such de novo mutations.

In 12 percent of the children, these mutations were considered to unequivocally cause the child’s epilepsy. In addition to several known genes for childhood epilepsies, the study team found strong evidence for additional novel genes, many of which are involved in the function of the synapse.

Epilepsies are amongst the most common disorders of the central nervous system, affecting up to 3 million patients in the U.S. Up to one third of all epilepsies are resistant to treatment with antiepileptic medication and may be associated with other disabilities such as intellectual impairment and autism. Severe epilepsies are particularly devastating in children. In many patients with severe epilepsies, no cause for the seizures can be identified, but there is increasing evidence that genetic factors may play a causal role. 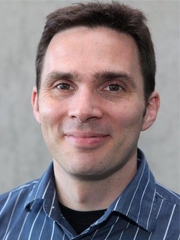 Ingo Helbig, MD The research teams used a method called family-based exome sequencing, which looks at the part of the human genome that carries the blueprints for proteins. When comparing the sequence information in children with epilepsy with that of their parents, the researchers were able to identify the de novo changes that arose in the genomes of the affected children. While de novo changes are increasingly recognized as the genetic cause for severe seizure disorders, not all de novo changes are necessarily disease-causing.

“Everybody has one or two de novo mutations and it is our task to find those changes that cause disease,” said co-author Ingo Helbig, MD, now at The Children’s Hospital of Philadelphia. “We pulled out those genes that have more mutations in patients with epilepsy than you would expect by chance. These genes will hopefully tell us a bit more about the underlying disease mechanisms and how we can address them with new treatments.” As a member of the European EuroEPINOMICS consortium, Helbig was a co-initiator of the transatlantic collaboration that conducted the study. Helbig is also a member of the Genetics Commission of the International League Against Epilepsy (ILAE).

The most surprising finding in the study by the international research group is a gene called DNM1, which was found to be mutated in five patients. The gene carries the code for dynamin-1, a structural protein that plays a role in shuttling small vesicles between the body of the neuron and the synapse. These vesicles are structures that contain neurotransmitters, chemical signals crucial to communication between nerve cells. When the researchers looked on a network level, they found that many of the genes that were found to be mutated in patients had a clear connection with the function of the synapse.

This research finding, says Dlugos, provides important information about the functional roles of the genes that were identified. “We knew that synaptic genes were important but not to this extent,” he added.

A spokesperson for Citizens United for Research in Epilepsy (CURE), a nonprofit organization dedicated to finding a cure for epilepsy and increasing awareness of the disease, applauded this study. Dr. Tracy Dixon-Salazar, Associate Research Director at CURE and mother of a child with severe genetic epilepsy, added, “It is exciting to see the big consortia put the genomic data of almost 400 patients together. This clearly highlights that by working together we can find new genes faster, helping us to explain what causes this often devastating disease in children.”

Funders of this study included the National Institute of Neurological Disorders and Stroke (NINDS), part of the National Institutes of Health (grants NS053998, NS077364, NS077274, NS077303, and NS077276), The Andrew’s Foundation, Finding a Cure for Epilepsy and Seizures, the Richard Thalheimer Philanthropic Fund and the European Science Foundation. In addition to his CHOP position, Dr. Dlugos is on the faculty of the Perelman School of Medicine at the University of Pennsylvania.

Dr. Helbig has an additional summary of this research on “Beyond the Ion Channel,” the genetics blog of the International League Against Epilepsy.