For refugee children newly arrived in the U.S., hepatitis B, tuberculosis, parasitic worms, high blood lead levels and anemia are among the top public health concerns covered by screening programs. In one of this nation’s largest-ever epidemiological studies of refugee children, public health researchers describe the health profiles of children arriving here in the past decade as their families fled persecution.

Researchers from the PolicyLab at The Children’s Hospital of Philadelphia (CHOP) have created the first multi-state, large-scale data set for refugee children who arrived in the U.S. between 2006 and 2012. The children arrived from six countries, three in Asia and three in Africa. 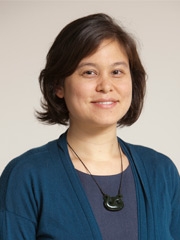 “Understanding the health profiles of children from different countries allows us to provide better counseling for parents, prioritize specific tests and ensure that we give children a healthy start here in the U.S.,” said lead author Katherine Yun, MD, MHS, a pediatrician at PolicyLab and in CHOP’s Refugee Health Program. The study appeared Nov. 12 in the American Journal of Public Health.

The study team analyzed medical data from 8,148 refugees, all under age 19, from Bhutan, Myanmar, the Democratic Republic of the Congo, Ethiopia, Iraq and Somalia. The data were collected in medical screening visits completed shortly after children arrived in four states: Colorado, Minnesota, Pennsylvania and Washington.

About 20 percent of the children in the sample had blood levels at or above 5 micrograms per deciliter, the current U.S. threshold for elevated blood lead, but fewer than 2 percent had levels above 10 mcg/dL. Hepatitis B virus infection was rare in children younger than age 5. TB prevalence estimates varied by the test used, but were much lower (about 10 percent) when a blood test was used, compared to results from a tuberculin skin test (about 20 percent).

The authors drew several policy implications from their study. “Our data suggest that the existing CDC medical screening guidelines remain relevant and hold great value,” said Yun. “We also recommend that multi-state public health collaborations monitor the health of newly arrived refugee children, along with resources available to them. Public health officials should pool and analyze these data in a timely manner, because refugee populations change significantly over time.”

In addition, public health officials performing refugee health surveillance in each national group should assess differences between children from different countries of departure, because many children are born in host countries rather than in their parents’ country of origin. Finally, added Yun, in the future it may be more cost-effective to perform health screening overseas, before refugees leave their countries, because this may provide more timely, actionable information.