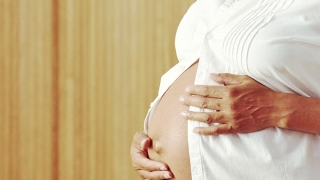 A new study by led by Children’s Hospital of Philadelphia (CHOP) has found that neighborhood violent crime is associated with high levels of perceived stress in pregnancy. The study, published in the International Journal of Environmental Research and Public Health, also found that even though the results held up regardless of race, Black women were significantly more likely to live in neighborhoods with high levels of violent crime and were more likely to report high perceived stress than non-Black women.

“These findings are particularly important given that elevated maternal stress has been shown to increase risk of adverse birth outcomes that disproportionately affect Black families, such as preterm birth, small size for gestational age, and low birth weight,” said Heather H. Burris, MD, an attending physician in CHOP’s Division of Neonatology and senior author of the study. “We did not assess for racial discrimination in our study, so future studies should explore the complex interplay of neighborhood exposures and interpersonal discrimination on stress among Black women.”

The researchers analyzed data from 1,309 women who were residents of Philadelphia. They compared neighborhood information from these women with reports of stress using Cohen’s Perceived Stress Scale (PSS-14).