Is short stature a problem? In particular, when it does not result from an underlying disease, does it justify giving a child nightly injections of human growth hormone?

Healthcare providers, researchers and parents have struggled with the first question for decades, and with the second question ever since recombinant human growth hormone became available in 1985. 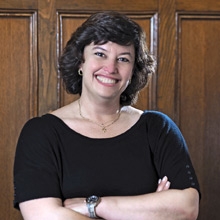 Adda Grimberg, MD A new study led by pediatric endocrinologist Adda Grimberg, MD, of The Children’s Hospital of Philadelphia, proposes to reframe the debate. “We set out to answer a new question,” said Grimberg. “What are the factors, perceived or real, that drive some families to seek medical care for short stature?”

Grimberg and colleagues published their study in the December 2015 issue of Hormone Research in Paediatrics.

Before 1985, the only source of human growth hormone (hGH) was human cadavers, and its scarcity limited treatment to children with severe growth hormone deficiency. Once recombinant hGH expanded treatment availability, the issue arose whether it was medically warranted in the absence of underlying disease.

“Using a traditional disease-model approach, investigators set out to prove or disprove that short stature caused negative consequences in children and adults who had it,” said Grimberg. Research yielded mixed results, and the debate continues to this day.

Although growth failure in children is a sensitive sign that an underlying health problem may be occurring, Grimberg points out that short stature itself is not a disease. For the past decade, Grimberg and colleagues have researched social disparities in the provision of medical attention for short stature in children. They showed that short boys were significantly more likely than short girls to be referred to medical subspecialists for evaluation, and to receive recombinant hGH treatment.

In this new study, says Grimberg, she investigated what influences parental decisions about seeking medical care for a child’s short stature. “Since we know there are gender, racial and ethnic, and socioeconomic disparities between who is short and who receives medical attention for short stature, and the degree of concern is not directly tied to the severity of the short stature, we realized there are other factors at play that kink the pipeline. Short stature does not affect everyone the same way.”

Rather than relying on clinicians’ and researchers’ assumptions, she sought to learn from parents themselves, both those who would and would not seek medical care for a child’s short stature.

The research team carried out a four-stage, parent-centered study. Taking parent comments from group sessions in the first two stages, the team then surveyed 1,820 other parents, followed by another round of focus groups asking parents to interpret and explain findings from the survey. The parents were drawn in equal numbers from urban and non-urban primary care pediatric practices.

The researchers found that psychosocial issues, such as self-esteem, a child’s relations with peers, and future adult success, dominated parent group discussions. However, treatment characteristics and health concerns were still more important to the parents’ decision-making.

When asked to rate which concerns had a big or extreme impact on their decision to seek medical care for a short child, 58 percent of parents chose treatment characteristics, such as how well it has been proven to work and its side effect risks, and 56 percent chose health concerns, such as whether health issues are causing a child’s short height or whether the child’s short height is causing health issues. One parent quoted in the study said, “You want your child healthy before you worry about how tall they are.”

Parents quickly moved on to other topics in group sessions, said Grimberg, “because treatment characteristics and health concerns are givens: who wouldn’t want their child to be healthy?”

“This study is a good reminder to clinicians that it’s important to carefully review with parents the potential benefits and risks of treatment, and to clearly distinguish health from purely height considerations,” said Grimberg. She added that such discussions are especially important given her team’s related study that found that internet coverage of growth hormone was biased toward underreporting the treatment’s risks and costs.

Grimberg concluded, “It’s time to reframe the medical debate. Whether we personally believe that short stature is or is not ‘a problem,’ a considerable number of parents have concerns about current and future psychosocial function. Rather than rehashing arguments in absolute terms, we can move our field forward and improve clinical care by focusing on who is affected by a child’s short stature and why parents are seeking medical care. Listening carefully to family concerns can help improve patient-centered care.”

The National Institutes of Health (grants HD057037 and TR000003) supported this study. In addition to her CHOP position, Grimberg is on the faculty of the Perelman School of Medicine and a senior fellow of the Leonard Davis Institute of Health Economics, both at the University of Pennsylvania.