Patients infected with HIV experience a loss of white matter in the brain due to the virus, which is associated with cognitive impairment. A new study from researchers at the University of Pennsylvania and Children’s Hospital of Philadelphia (CHOP) discovered the mechanism behind this white matter loss, which could help them understand how to better monitor patients taking antiretroviral therapy (ART) to treat the virus.

Previous studies done by this collaborative team have shown that treatment with ART causes white matter loss, but it was difficult for researchers to discern how much of the loss could be attributed to ART compared with the virus itself. 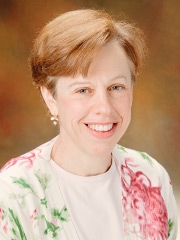 “When people think about the brain, they think of neurons, but they often don’t think about white matter, as important as it is,” said Judith B. Grinspan, PhD, a research scientist at CHOP and a professor of Neurology at the Perelman School of Medicine at the University of Pennsylvania. “But it’s clear that myelination is playing key roles in various stages of live: in infancy, in adolescence, and likely during learning in adulthood too. The more we find out about this biology, the more we can do to prevent white matter loss and the harms that can cause.”

Grinspan collaborated with Kelly Jordan-Sciutto, PhD, a professor in Penn’s School of Dental Medicine, and they hope that this study prompts investigation into drugs that can reverse white matter damage induced by HIV infection. They are also studying HIV effects in a cohort of teenage patients at CHOP, since it represents one demographic in which HIV infection is on the rise.

Read more about the study in Penn Today.