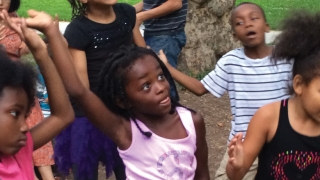 From the earliest years, Jessica* and Nate’s* child sought out toys, clothes and play generally associated with girls. Born with male anatomy, at 4 years old Zuri* announced that she was a girl.

“Fortunately she was able to articulate what she felt,” says Jessica. “We took her to see a counselor, Linda Hawkins, who after talking with her, told us ‘She’s not being precocious or trying to get attention. She feels this way; you need to let it play out.’”

Jessica and Nate accepted having a transgender child — “It required a little rewiring of thinking about parenting,” Jessica says — and began using female pronouns and the name Zuri. “We received a lot of support from our family, our church and school. She’s had nearly three years living as a girl, and while it hasn’t been without challenges, she’s thriving.”

One thing was missing: a safe place where Zuri could talk about being transgender with other transgender children. Jessica and Nate, too, lacked peers who could relate to what they were experiencing.

With community partner the Mazzoni Center, CHOP welcomes dozens of children and youth who identify as gender variant, transgender or gender nonconforming and their families to the CHOP Support and Social Group for facilitated discussions and fun activities on the second Saturday morning of each month. 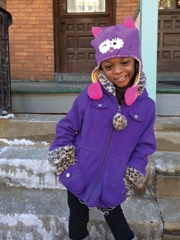 “We’ve gone nearly every month since they started, and Zuri just loves it,” Jessica says. “For her, it’s a sense of not being alone. Being transgender can be isolating. But at the group, she sees other young girls like herself. And she’s gotten to know older kids, too. It’s helped her sense of identity. ”

During the first year of the groups, families identified another need: an additional group for siblings. In 2015, with funding from the Department of Patient and Family Services, a sibling group began.

“Parents open up about some really challenging subjects,” Jessica says. “There’s a lot of pain, but also a lot of laughter. It’s a privilege to be part of that deep sharing.”

The groups complement the clinic’s work and have served as a springboard for families to develop friendships that extend beyond the group sessions. Jessica and Zuri frequently make a day of it with other families who have children in the fifth grade and younger group. They’ll have lunch together and go to a park or museum. They have had other families over to their home for a play date and lunch.

“Families wanted this,” Hawkins says. “They have told us the single most effective support is talking to other parents — not coming to clinic, not reading a book. Dads, especially, tell us the group is like medicine to them.”

For Jessica, the Support and Social Group is Children’s Hospital doing what it does best. “CHOP gets the ‘care’ part of healthcare and realizes it involves the whole family,” she says. “I so respect CHOP for stepping out and taking a leadership role to address the needs of families like ours.”

*Names changed at the family’s request.