Using next-generation DNA sequencing, researchers at Children’s Hospital of Philadelphia (CHOP) and others were able to analyze the bone marrow of pediatric and young adult patients with acute lymphoblastic leukemia (ALL) treated with the CAR T therapy tisagenlecleucel (Kymirah) and predict which patients would relapse, according to a study published today in Blood Cancer Discovery, a journal of the American Association for Cancer Research.

The international, multi-institution study, which involved researchers from several institutions including Children’s Hospital of Los Angeles and Novartis Pharmaceuticals, found that using sequencing to detect biomarkers associated with residual disease was more accurate than other methods currently used to predict relapse.

Pioneered at CHOP, tisagenlecleucel is a chimeric antigen receptor T-cell (CAR-T) treatment that engineers a patients’ own T cells to attack ALL. Approximately 82% to 97% of ALL patients treated with the therapy experience complete remissions, but about half of those patients eventually relapse and require additional treatment, such as a bone marrow transplant. Accurately predicting which patients will relapse would allow researchers to treat those patients early, before the cancer returns, but prior to this study, there were no reliable markers to predict relapse.

Instead, researchers have relied on other techniques, such as monitoring patients’ B cells, which are depleted after CAR-T therapy, a condition known as B-cell aplasia. However, this is not an ideal technique because even though losing B cell aplasia prior to 6 months increases the risk of relapse, some patients who have sustained B-cell aplasia still relapse. 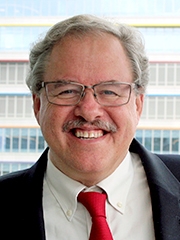 Stephan Grupp, MD, PhD In their study, the researchers used highly sensitive next-generation DNA sequencing (“NGS MRD” or Clonoseq, Adaptive Biotech) to scan blood and bone marrow samples for residual disease after CAR-T infusion. They found that using NGS-MRD to detect cancer cells between three and 12 months after treatment was able to accurately predict all patients who eventually relapsed. The method was more accurate than monitoring for B-cell aplasia or scanning for cancer cells using the current standard method, which is flow cytometry.

“This study shows that next-generation sequencing is the most sensitive tool to predict relapse, so that we can not only seek other treatments to prevent the disease from returning in at-risk patients, but also – and just as importantly – spare those who are benefitting from initial treatment from unnecessary interventions, including bone marrow transplant,” said senior study author Stephan A. Grupp, MD, PhD, Chief of Cell Therapy and Transplant, Director of the Cancer Immunotherapy Program, and Medical Director of the Cell and Gene Therapy Laboratory at CHOP.

Read more about the study in this release from the American Association for Cancer Research.