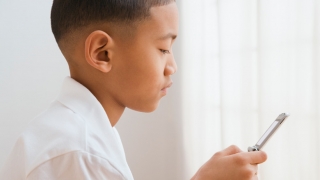 It’s National Youth Violence Prevention Week, which means now is a great time to talk with your children about bullying.

While kids have long been victims of bullying, the ways in which stronger kids (whether they’re physically or socially more powerful) repeatedly prey on “weaker” children have quickly evolved in recent years, right along with technology.

Today, nearly 43 percent of children say they have been victims of cyberbullying. Cyberbullies use email, social media, texting, chat apps, and blogs to bully others. They spread rumors, as well as publicly insult and embarrass their victims, sometimes doing so anonymously to more easily avoid repercussions. And once these messages are circulating online and via smartphone, they can be very difficult to delete or to ignore.

Opening the lines of communication

In surveys, only 1 in 10 kids who say they’ve been the victim of cyberbullying report telling their parents about the incident. “At CHOP, we’ve conducted surveys of school-age children about bullying, and most say they don’t like to talk about cyberbullying with their parents or teachers, often because they’re worried they’ll lose their devices or computer time,” says Stephen S. Leff, PhD, psychologist and co-director of the Violence Prevention Initiative at The Children’s Hospital of Philadelphia.

“Keeping quiet about cyberbullying can make many of these kids feel isolated,” adds Dr. Leff.  Unfortunately, plenty of studies have linked feelings of isolation and being bullied to depression, anxiety and withdrawal from school and other activities.

Helping kids feel safe, secure and supported at home is the first step in ensuring they feel safe and supported in their virtual worlds. To encourage your kids to come to you when they’re having issues with cyberbullying, Dr. Leff says it’s important to: