CHOP, Drexel Are among 10 Centers Studying Baby Teeth of High-Risk Children to Learn about Risk Factors in the Womb 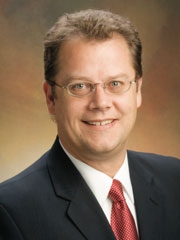 The Center for Autism Research (CAR) at Children’s Hospital of Philadelphia (CHOP) is among 10 research centers contributing to a study that will use new technology to explore what baby teeth can reveal about children’s exposure to chemicals in the womb, and whether prenatal exposures can contribute to a child’s risk of developing autism spectrum disorder (ASD)—a neurodevelopmental disorder estimated to affect one in 68 children in the US.

In this national consortium, the researchers will examine the chemical composition of lost baby teeth from infants who go on to develop autism, looking for trace amounts of chemicals that could affect genetic and brain functioning. This study will be the first large-scale effort to determine whether prenatal exposure to specific chemicals plays a role in putting a child at risk for autism. The study will involve infants with older siblings who were diagnosed with ASD, because these “baby sibs” have a 20-fold greater risk of developing autism than children in the general population.

CAR has been studying baby sibs for the past decade and has developed considerable expertise in the area of early risk factors. In 2006, CAR joined the NIH-funded Autism Center of Excellence (ACE) Network’s multi-site Infant Brain Imaging Study (IBIS), which follows the brain development and genetics of infants who have an older sibling diagnosed with ASD. Over the past decade, Dr. Robert Schultz and his team at CHOP—as well as the other three sites of the IBIS network—have followed more than 400 infants at high risk for developing ASD and more than 150 low-risk infants, and have characterized their brain development and genetic profiles. Researchers suspect that one way chemical exposures might affect brain development is by interfering with normal gene function, so examining the interaction among these three factors is extremely important, and has been a limitation of autism research until very recently.

“By joining our existing baby siblings research program with this national consortium, we will be able to establish the largest sample of high-risk children to ever be evaluated for environmental exposures and gene and environment interactions,” said Robert Schultz, PhD, the lead investigator for the CHOP site and director of CAR. The study will have a grand total of 1,713 baby sibling participants. “This is a monumental endeavor that would not be possible without pooling efforts and collaborating with colleagues across the nation, including colleagues at the A.J. Drexel Autism Institute, with whom we have worked closely since we founded CAR in 2008.”

The study will be possible thanks to a cooperative agreement with the National Institutes of Health (NIH). For at least the next two years, co-investigators at 10 institutions will be funded as a part of the Environmental Influences on Child Health Outcomes (ECHO) Initiativea —$157 million NIH program devoted to understanding how early exposure to environmental factors influences the health of children and adolescents.

The collaborative team is composed of some of the world’s foremost autism experts across 10 institutions:

The investigators and their research teams will test lost baby teeth for levels of environmental chemicals that the children would have been exposed to while in their mother’s womb, a particularly vulnerable time in a child’s neurodevelopment. “If environmental exposures play a significant role in the development of autism, they must act early on when the brain architecture is being laid, thus making the prenatal measurement absolutely critical,” explained Schultz.

Chemicals being examined in the study include organochlorine pesticides—like DDT—and polychlorinated biphenyls (PCBs)—formerly used as an insulator for electrical materials. Although banned in the 1970s, these chemicals remain in the environment and human exposure continues. The study will also consider phthalates, a chemical used to make plastics more flexible.

The consortium hopes the study’s findings will advance the understanding of the underlying mechanisms of autism, a crucial and notoriously complex question. Once these mechanisms are better understood, more targeted and effective prevention and treatment strategies can be developed.

“This study represents the best of cutting-edge research, as it focuses on the earliest stages of brain development, the interaction between different potential causes, and involves a large scale collaboration involving thousands of participants,” said Schultz. This large sample size is critical for a deep understanding of autism, because it is inherently heterogeneous in its causes and clinical manifestations. In order to see patterns emerge, we need to be able to research a very large group of people. This kind of research is what will ultimately help us to discover autism’s causes and develop more effective treatment and prevention strategies.”