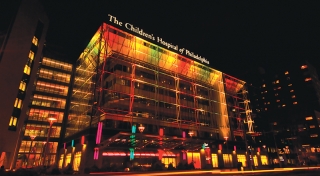 For the seventh consecutive year, U.S. News & World Report has designated the Department of Pediatrics at the University of Pennsylvania’s Perelman School of Medicine, located at Children’s Hospital of Philadelphia (CHOP), as the number one department of pediatrics in the United States.

“I am incredibly honored to congratulate our Department of Pediatrics, which has consistently ranked best in the nation,” said Madeline Bell, President and Chief Executive Officer of Children’s Hospital of Philadelphia. “This ranking is a true testament to our faculty and staff, whose commitment to excellence in medical education is unparalleled.”

Announced by the magazine in its annual listing of the best medical schools and other graduate programs, this recognition marks the 16th consecutive year that the department has been ranked first or second in the nation.

“This sustained record of medical and academic achievement would not be possible without the hard work and dedication of our entire team — including faculty, trainees and staff,” said Joseph St. Geme, MD, Physician-in-Chief and Chairman of the Department of Pediatrics. “I would like to extend a sincere congratulations to all those who strive to make our department an extraordinary place to work and learn.”

For the fourth year in a row, U.S. News & World Report named CHOP and the Perelman School of Medicine at the University of Pennsylvania, Harvard University and the University of Cincinnati College of Medicine among the nation’s top three departments of pediatrics. The 2020 rankings were based on ratings by medical school deans and senior faculty at peer schools.