Infants and children who undergo heart surgery are better off receiving fresh whole blood transfusions from a single donor, compared to receiving component blood from multiple donors, according to new research at The Children’s Hospital of Philadelphia (CHOP). 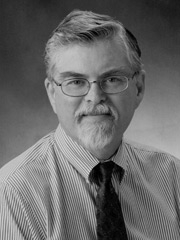 “Using fresh whole blood for transfusions reduces the number of individual blood donors to which patients are exposed,” said study leader David R. Jobes, M.D., a cardiothoracic anesthesiologist in the Cardiac Center at CHOP. “The risks of transfusion reaction are most significantly linked to donors, so limiting such exposure will benefit patients.” Well-recognized risks include allergic reactions, fevers, lung injury and the transmission of infectious disease.

Jobes and colleagues published their findings in the May 2015 issue of the Annals of Thoracic Surgery.

In the current study, the median number of exposures was two donors, with higher numbers for younger patients having complex surgeries. For all the subgroups, the number of exposures was lower than amounts reported in scientific literature for pediatric cardiac patients who received blood components. The current practice in nearly all pediatric cardiac surgical programs is to rely solely on blood components.