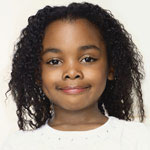 As a parent, you have probably heard of the West Nile virus — a type of infection spread to humans through mosquito bites. West Nile is an arbovirus, a virus that can cause infections of the central nervous system, inflammation of the joints and liver infections. It is the most common arbovirus in the United States.

Most children who get West Nile have minor symptoms or none at all. However, approximately one in five children with the virus develops flu-like symptoms that last a few days, including:

In less than 1 percent of cases, children with the virus become severely ill with the following symptoms:

Even though it is unlikely that your child will become seriously ill if she gets West Nile, it is important to take measures to prevent the virus:

If your child has symptoms of West Nile, take him to his pediatrician as soon as possible.