On March 2, 2010, the IRS announced that it had made an administrative determination to accept the position that medical residents are excepted from FICA taxes based on the student exception for tax periods ending before April 1, 2005, when new IRS regulations went into effect.

This announcement means that the IRS will provide a refund of the FICA taxes for individual medical residents and institutions that timely filed refund claims for tax periods ending before April 1, 2005.

The IRS has contacted CHOP regarding the FICA tax refund claims we filed for tax periods ending before April 1, 2005. CHOP is in the process of responding to an IRS letter dated May 25, 2010 that outlines the procedures required to be completed prior to obtaining any refund. CHOP is in the process of preparing the information necessary to respond to this letter in a timely manner and will be posting updates periodically on this webpage regarding the FICA tax refund process.

On January 11, 2011, the Supreme Court held that Medical residents are employees for purposes of the FICA tax. The 8-0 decision upheld treasury regulations issued by the Treasury Department that wages earned by medical residents working 40 hours or more per week are subject to FICA taxes. This decision applies only to quarters beginning after March 31, 2005; it does not affect a former resident's potential right to a refund for quarters previous to April 1, 2005 as discussed above.

As an intern, resident or fellow, am I eligible for a FICA tax refund pursuant to the claims filed by CHOP?

CHOP has no reason to believe that interns, residents and fellows employed by CHOP would not be eligible for a FICA tax refund pursuant to the FICA tax refund claims CHOP timely filed for periods prior to April 1, 2005. However, to obtain your share of FICA tax, you must consent to allow CHOP to obtain your share of refundable FICA taxes. Consent forms were mailed out to residents the week of August 2, 2010. They can be returned to CHOP_MRFICA@us.pwc.com or can be faxed to 813-990-6882. You may also download the letter and consent form here.

As an intern, resident or fellow, for what time periods am I entitled to a FICA tax refund under the claims filed by CHOP?

Eligibility to be covered under refund claims filed by CHOP is limited to those individuals who were interns, residents or fellows during the period from January 1, 2001 through March 31, 2005 for those employed by CHOP.

Is there a cost to me for consenting to having CHOP obtain my share of FICA taxes paid with respect to my residency?

If you consent to have CHOP obtain your refundable share of FICA taxes on your behalf, there is no cost to you.

I spent my last year of residency at a different institution (non-CHOP). Will this consent also collect the FICA refund for withholdings to my wages during the time spent at the non-CHOP institution?

No. We suggest that you contact the other institution in order to learn about its process for the medical resident FICA refund claim.

When will I receive my refund payment?

We cannot predict when you will receive your refund. We are currently working on putting together the information required by the Service in order to obtain the FICA tax refunds. We anticipate providing the IRS the information required to obtain the FICA tax refunds within the next six months. We do not know how long it will take for the federal government to process the refunds. Information about the progress of the claims and the disbursement process will be posted on the website as soon as this information becomes available.

What will be the amount of my refund?

We will not know the precise amount of your refund until the IRS has processed the refund claims and calculated the interest due on the claims.

Can I still apply for a FICA tax refund for tax periods prior to April 1, 2005?

Unless you previously timely filed an individual FICA tax refund claim on your own, the statute of limitations has expired for FICA tax refunds for tax periods prior to April 1, 2005. However, as discussed above, with your consent, the applicable refund procedures allow CHOP to obtain your share of refundable FICA taxes pursuant to the timely filed refund claims filed by CHOP for periods prior to April 1, 2005. Further guidance and information on the consent process will be provided in the near future.

You should consult your tax professional if you have further questions regarding this issue.

What was the basis for these medical resident FICA tax refund claims?

Will FICA taxes be withheld from my paycheck going forward?

Yes. The IRS has not accepted the position that medical residents are excepted from FICA taxes based on the student exception for tax periods ending after April 1, 2005.

If you have any questions, you may e-mail mrfica@email.chop.edu. Include your name, telephone number, CHOP ID number (if available), and years of residency or fellowship in your email message. Your inquiry will be answered by email as soon as possible. We will also update information on this webpage, including these frequently asked questions, with any additional information as the refund claim process progresses.

What should I do if I move while the refund process is still ongoing?

It is anticipated that the refund process may take at least several months. As a result, if your mailing address changes, please provide any new mailing address information to mrfica@email.chop.edu.

Once the IRS provides the FICA tax refund, when can I expect to receive my share of any refund?

Once the claims process is completed, the IRS will send the aggregate refund to CHOP. The amount refunded to CHOP will only include the employee share of FICA taxes for those residents who consented to CHOP refund claim. Although we do not know how long it will take for the IRS to administer the refund claim, once CHOP claim is allowed, we will send those residents who consented to CHOP refund claim a check for their share of the FICA tax refund in a timely manner.

If I do receive a FICA tax refund, do I need to pay taxes on it?

Should you receive a FICA tax refund, the refund is not subject to federal income tax.

However, the IRS intends to pay interest on your share of the FICA tax that is refunded. The interest paid by the IRS on your share of the FICA tax refund is subject to tax in the year it is received. You will be provided a 1099-INT if more than $600 in interest is paid in the calendar year. You should contact your tax professional for more information on this subject and to discuss your specific tax situation.

If I do receive a FICA tax refund, how does this affect my eligibility for and calculation of social security benefits?

Your eligibility for and calculation of social security benefits (either current or future) may be affected in the event of a refund, depending on your personal circumstances. If you consent to the refund claim, you will be issued a Form W-2c which will reflect a reduction in your earnings for social security benefits purposes. Whether social security benefits that you are receiving currently or in the future are impacted by a reduction of wage credits as a result of the refund will depend on your particular facts and circumstances. You should contact your local Social Security Administration office with any questions regarding your particular situation. 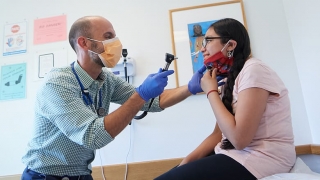 Residents are selected through the National Resident Matching Program. You must apply using the ERAS System. Deadline for submissions is Dec. 1. 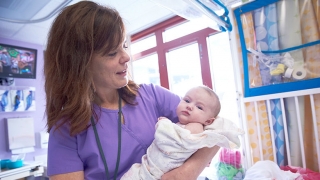