People from all over the country make a point to celebrate the tremendous generosity of those who have saved lives by becoming organ donors and encourage others to follow in their footsteps during Donate Life Month, a time to raise awareness of the importance and need for organ donation. The Luttrells know firsthand the importance of organ donation, as it has been a part of their lives every month for the past 13 years. 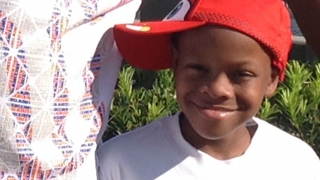 When MJ Luttrell was born at a hospital near his family’s home in Maryland, he had jaundice, a condition that occurs when there is a buildup of a substance in the blood called bilirubin, which gives the skin a yellowish tone. All children are born with bilirubin in their blood, but high levels, as MJ had, can be very dangerous. After three weeks of phototherapy (light treatment) to lower the bilirubin level, MJ was finally able to go home.

But before long, MJ’s bilirubin levels were up again. His family was referred to a specialist who did a liver biopsy and determined MJ had biliary atresia, a rare and serious liver disorder in which the bile ducts (the tubes that carry bile from the liver) become blocked, which damages the liver. Because not enough bile was able to reach MJ’s intestines to help with the digestion of fats in his diet, he wasn’t able to absorb the necessary calories and nutrition. He suffered protein and vitamin deficiencies and was tired all the time.

At 3 months old, MJ underwent a Kasai procedure, an operation that aims to restore bile flow by attaching the liver directly to the small intestine so the bile can drain. A Kasai procedure is intended to delay the need for a liver transplant so a child can grow and be healthy for years before transplantation is needed. In rare cases, the procedure can eliminate the need for a liver transplant entirely, but in one-third of the children who receive the procedure, it’s unsuccessful almost immediately, and they need to be transplanted right away.

Unfortunately, MJ’s procedure was unsuccessful. After an evaluation, doctors determined he was eligible for a liver transplant, and he was placed on the waiting list. Weeks of waiting turned to months. After almost a year, the family finally got the call that a liver was available.

MJ underwent a successful liver transplant but ultimately developed chronic rejection and jaundice. By then, his family had moved to Northern New Jersey, so traveling to Maryland for care was a burden. On a suggestion from their physician in Maryland, the family switched MJ’s care to The Children’s Hospital of Philadelphia, home to one of the top pediatric liver transplant programs in the country.

“The first thing we noticed was how warm and personable they were,” says MJ’s dad, Ramon, of their first visit to CHOP. “The liver team is great. They involved us in everything.”

CHOP’s Transplant Program team managed MJ’s health through medications and a nutrition plan, but his condition continued to worsen.

“He was very sick,” recalls Ramon. “The liver wasn’t working so it wasn’t filtering out the poisons in his body, so they went through his bloodstream and were just underneath his skin. He would scratch and itch all day and all night and couldn’t sleep. We had to use a fan to blow cool air over him, which helped a little bit, but he still itched. There was nothing we could do. We just didn’t want him to suffer anymore.”

MJ was immunosuppressed because of the transplant, so was unable to fight off common infections and viruses. Any illness landed him in the hospital, sometimes for months at a time, so he had to avoid other children due to risk for infection.

By the time he was 8 years old, MJ’s liver disease had progressed and he needed another transplant to survive. He was placed on the waiting list again and the family readied their bags and mapped the fastest route to CHOP. After another long year of waiting, when the call finally came, the Luttrells dropped everything and rushed to the Hospital.

“A lot of things were swirling, because we were excited he was going to get the liver, but we knew the surgery was dangerous,” says Ramon.

MJ’s entire family – including grandparents, aunts and uncles, and cousins – spent 11 hours in the waiting room, hoping for the best. Throughout the procedure, nurses and doctors on the team updated the family on MJ’s status. When the procedure was finally over and MJ was wheeled out to greet them, Ramon breathed a sigh of relief

“When he opened his eyes, I could see they weren’t jaundiced anymore,” Ramon recalls. “That was pretty cool.”

“It worked, and I was happy,” says MJ, now 13 years old. “Before the transplant, it was hard to sleep because I was itching all night and I got tired easily. Now I sleep good and I’m not itching all the time.”

MJ goes back to CHOP once a year for a checkup and is working with a nutritionist to improve his weight gain and growth, but he hasn’t had to be admitted to the hospital since the second transplant. He can do everything other kids his age do. He likes to play video games with his little brother, cousins and friends, and goes with his dad to the gym to play basketball, his favorite sport.

“After seeing him every night for years scratching and not being comfortable, not being able to do anything, just to see him peaceful is good,” says Ramon. “I want him to do whatever he wants to do. The sky’s the limit.” 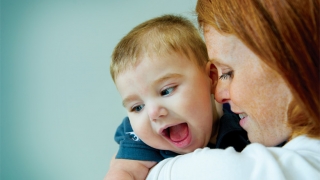