As a young child, Jen struggled with declining lung function due to cystic fibrosis (CF). At one point, she was told she didn’t have long to live. Thanks to a lung transplant at Children’s Hospital of Philadelphia (CHOP), Jen is now an outgoing, energetic 16-year-old looking ahead to a bright future. 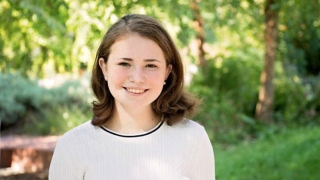 Jen was born with cystic fibrosis (CF), an inherited disease that causes the body’s mucus to become thick and sticky. For Jen, the primary concern was with her lungs, as is typically the case in children with CF. The mucus accumulated there and made it difficult for her to breathe.

Until she was 8, she led a relatively normal life. Two to four times a day, she would do nebulizer treatment with a special vest to shake the mucus loose in her lungs. But she still had the energy to be active and play.

Over time, Jen’s lung function declined. It took a dramatic turn for the worse when she contracted a serious infection with mycobacterium avium complex (MAC).

Jen and her mother, Laurel, were living in California at the time. Jen was treated there with a combination of strong medications to kill the bacteria, but her lung function steadily dropped. After a year, it was down to 60 percent of normal.

Concerned, Laurel took Jen to see a specialist in Denver. Treatment there brought some improvement, but after another year, her lung function began to decline again. “She was producing massive amounts of mucus in the lungs,” remembers Laurel. “She was getting regular infections. It was a never-ending battle.”

Laurel and Jen moved to Denver for access to the specialty care Jen needed — but it wasn’t enough. By the time she was 13, her lung function had dropped to the 30th percentile, and she required oxygen 24 hours a day. Her doctor told Laurel that Jen didn’t have long to live without a lung transplant.

Choosing Philadelphia for a lung transplant

Laurel did her research into the hospitals that performed lung transplants on children. “I talked with all of them,” she says.

Laurel was originally from the Philadelphia area. During visits with her family, she would bring Jen to see the pulmonary medicine team at Children’s Hospital of Philadelphia (CHOP) so they would know her medical history in case anything happened while they were in the area.

“I was comfortable with CHOP because we’d seen them through the years. And their success rate for lung transplants was high.”

Laurel brought Jen to CHOP in January 2015 for a week of tests to see if she was a good candidate for a transplant. Samuel Goldfarb, MD, a pediatric pulmonologist and Medical Director of CHOP’s Lung and Heart/Lung Transplant Programs, led the team in evaluating Jen and became her primary pulmonologist. He put her on the transplant waiting list in March.

When Jen was not at the Hospital, she stayed with her mother at an apartment. “I stopped going to school,” says Jen. “I just sat on the couch with 10 liters of oxygen. I couldn’t walk from the door to the entrance to our apartment.” When she made a rare trip outside, she did it in a wheelchair.

“She had no life,” says Laurel. “We were living in a cocoon.”

Laurel and Jen got the call on June 6 that a donor organ was available. By then, Jen’s lung function was down to 23 percent. She wouldn’t have lasted much longer.

“I felt like we had won the lottery,” says Jen. “I was screaming in the car on the way to the Hospital. When they wheeled me in, I remember yelling ‘Let’s get these freaking lungs out of me!’”

The transplant procedure was performed that night by J. William Gaynor, MD, Surgical Director of the Heart Failure and Transplant Program at CHOP. The transplant was a success.

Jen was in the Hospital for a month after the surgery. She remembers the difficult healing process, but she also remembers the remarkable feeling of breathing on her own for the first time in years.

“When they took out the breathing tube, I thought, ‘So this is what it’s like to breathe.’”

Jen was back at CHOP that fall for fundoplication surgery to resolve a problem with reflux, an unintended consequence of disturbing her abdominal organs during the transplant procedure. Aside from that bump in the road, her path after the transplant was steadily upward. 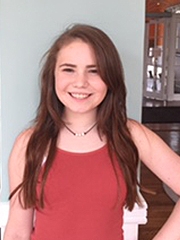 Two years after the transplant, she is feeling good. “She has a life now,” says Laurel, “The life she should have had all those years she missed. She doesn’t remember how active she was before she was 7.”

Jen is loving her new energy and stamina. At 16, she is back at school and doing very well. She enjoys spending time with the new friends she has made. She has a sewing business and babysits. She is active in her high school theater program. Jen is also relearning some skills she lost in her years of inactivity: riding a bike and swimming. She likes to shop, too, and loves being able to walk around the mall. The wheelchair is a distant memory.

“It’s been quite a journey,” says Laurel. “All of the people at CHOP have been exceptional. Dr. Goldfarb is our hero. He has been phenomenal — smart, caring, good with kids and with parents. He was there with us every day. The nursing staff on the pulmonary and cardiac floor have been amazing, too. The best of any hospital we have been in. The nurses are the heart of the hospital.”