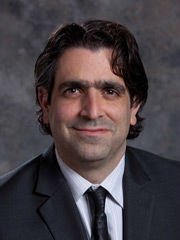 Adam C. Resnick, PhD “The gene rearrangement we investigated offers a great candidate for a precision medicine approach in improving treatment for children with this type of brain tumor,” said study co-leader Adam C. Resnick, PhD, a neuro-oncology researcher in the division of Neurosurgery at The Children’s Hospital of Philadelphia (CHOP). “Our research exemplifies the transformative power of large multi-institutional research collaborations in sharing and empowering data from new diagnostic technologies.”

Resnick’s co-study leaders were Keith L. Ligon, MD, PhD, and Rameen Beroukhim, MD, PhD, both of Dana-Farber Cancer Institute, with co-authors from nearly 20 centers in five countries. Co-first authorship was shared between the CHOP and Dana-Farber laboratories, with Payal Jain, a University of Pennsylvania graduate student, leading the efforts at CHOP.

The scientists investigated pediatric low-grade gliomas (PLGGs), a varied group collectively representing the most common pediatric brain tumor. Drawing on samples gathered by the Children’s Brain Tumor Tissue Consortium and a consortium at Dana-Farber, as well as additional, previously uncurated datasets, they analyzed the genomes of 249 such tumors — the largest amount of data available for PLGGs. 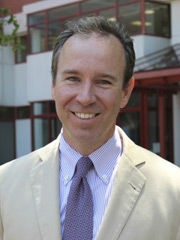 Phillip Storm, MD Being classified as “low-grade” does not mean the tumor’s effects on children are mild, said CHOP neurosurgeon Phillip Storm, MD, a study co-author: “Survival rates are better than in higher-grade tumors, but there may be serious consequences for a patient’s long-term quality of life, including hormone disruptions, blindness, or coma, depending on the tumor’s location. Often the tumor is in a location where it can’t be surgically removed.”

The MYB-QKI fusion gene promotes tumor formation through three simultaneous mechanisms. Unlike normal proteins expressed by the MYB genes, the rearranged gene expresses truncated, constitutively active proteins that give rise to cancer. Secondly, enhancer regions in or near QKI’s DNA move in proximity to MYB during the fusion event. This causes abnormal expression of the fusion protein in brain tissues, leading to a feedback loop that drives cell proliferation. Finally, the fusion gene disrupts QKI’s protective role as a tumor suppressor.

The current research, added Resnick, has important implications for clinicians. Identifying the MYB-QKI fusion gene as a defining event in angiocentric glioma may allow oncologists to better diagnose this subtype of tumor, guiding them toward directed therapies less likely to overtreat or undertreat children. Furthermore, although there do not appear to be existing drugs to target the abnormal MYB protein, there are potential drugs that may be effective against the type of epigenomic dysregulation seen in these tumors.

In addition, he said, “Now that we better understand the three mechanisms involved, we may be better able to craft our treatment strategies against any of those mechanisms.”

Finally, he concluded, “the study expands our current understanding of cancer, by focusing attention on the multiple mechanisms occurring simultaneously, and bringing into relief how gene fusions may give rise to epigenomic dysregulation. Gene fusions occur in many other cancers in both children and adults, so our findings may apply more broadly to other cancers.”

Multiple additional NIH grants and more than 20 foundations also supported this research across partnering institutions. In addition to their CHOP positions, Resnick and Storm are faculty members in the department of Neurosurgery at the Perelman School of Medicine at the University of Pennsylvania. They also lead CHOP’s newly launched Center for Data Driven Discovery in Biomedicine, which aims to further empower such large-scale genomic studies that require multi-institutional collaboration to harness the power of “big data” genomics on behalf of children.