Why They Give: Jef Corson 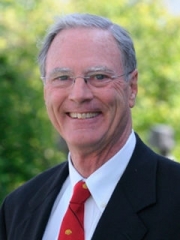 Jef Corson has been a volunteer and generous donor to Children’s Hospital of Philadelphia (CHOP) for more than 30 years, holding positions on the Foundation Board of Advisors, the Board of Trustees, and now on the For Tomorrow’s Breakthroughs Campaign Cabinet. Professionally, Corson leads a family-owned financial advisory firm and a produce distribution company. His philanthropy and civic engagement extends well beyond CHOP. Through the Corson Foundation, Corson and his family have contributed to a number of regional and national healthcare, higher education and youth development nonprofits. He has served on the boards of many of these organizations.

There’s nothing more important than developing the next generation of people. Supporting young people gets the biggest bang for your buck.

Jef and his wife, Carol, established the Johnna G. Corson Endowed Fund at Children's Hospital in honor of their daughter in 2005. Johnna, the youngest of their six children and became ill at age 14. The family turned to Children’s Hospital right away. Johnna was diagnosed with aplastic anemia, and was ultimately treated by CHOP’s Division of Hematology through adulthood. Inspired by the care she received, Johnna became a nurse and now works in CHOP’s Cardiac Center. Jef Corson always remembers the incredible sensitivity and empathy of everyone that worked at the Hospital when Johnna was sick.

“They were not only treating her, they were treating us all,” Jef Corson says.