Published on Dec 01, 2016 in Philanthropy Report

Five years ago, Children’s Hospital of Philadelphia created the 1855 Society to recognize dedicated supporters who had given for 10 or more consecutive fiscal years. After 25 years of consistent giving, donors are awarded lifetime membership. As of fiscal year 2016, 282 donors had reached that laudable milestone.

A smaller group of donors has demonstrated a level of loyalty even more remarkable. About two dozen people have given to Children’s Hospital every year for nearly four decades. They have different connections to the Hospital and different reasons why they started giving back in the 1970s. But they share a powerful empathy for the children and families who receive care at CHOP and a strong commitment to doing what they can to help them.

Henny and Joyce Hiemenz’s eldest daughter, Lisa, was treated at CHOP after she had a stroke when she was 8 years old. “When you have an experience like this, you are always aware that the Hospital is full all the time,” Joyce says. Henny echoes that sentiment when explaining why a gift to CHOP is part of their December routine. “Somebody is going in there now, at this very instant, with some kind of emergency,” he says. 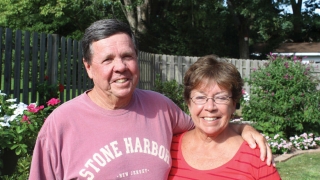 The Hiemenzes’ emergency happened in February 1978, when Lisa’s stroke occurred in their kitchen. Joyce was on her own with six children: Lisa, her sister, her brother and three cousins. Henny was at work, and three feet of snow had accumulated outside. Joyce called their pediatrician, who was in the office on that Sunday afternoon. After Joyce described Lisa, whose face was drooping and whose left side was paralyzed, the pediatrician told Joyce to insist the ambulance take them to a regional hospital with a neurology program.

Lisa was admitted to the intensive care unit of the regional hospital and stabilized. But she would require months of rehabilitation and monitoring to recover and walk again.

“It was a nightmare, and you think you wouldn’t have things to be thankful for, but there were many,” Joyce says of the experience. In addition to the support of family, friends and neighbors, there was the string of fortunate circumstances — from their pediatrician working on the weekend to a family friend who was a CHOP-trained pediatric oncologist and encouraged them to take advantage of the specialized care available at the pediatric hospital. And then there was the care they found once they had arrived at CHOP.

Doctors at CHOP took an extensive history from Joyce and Henny, and up to a dozen physicians reviewed Lisa’s condition. Each of them shared observations and conclusions to help determine a course of treatment. Joyce saw that the Hospital staff cared deeply about their work and their patients. CHOP doctors followed Lisa for the next 10 years, and any time Joyce called with questions, she heard back from Lisa’s doctors the same day. While Lisa still deals with physical challenges caused by the stroke, today she is happily married, has two children and works for West Chester University’s graduate social work program, just across town from her parents’ home. 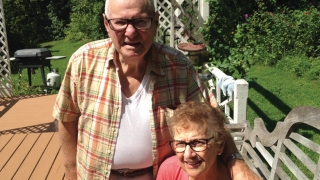 Rose and George Fieo remember the same combination of warmth and competence from the caregivers who treated two of their sons, Gregory and Eric, for beta thalassemia major, a blood disorder. Like Joyce and Henny, part of the reason the Fieos give to CHOP is out of gratitude for the care they received.

“Children’s is very important to us. They were so wonderful, so positive for our kids,” Rose says. She and her husband have a particular connection with Alan Cohen, MD, a hematologist who was also CHOP’s physician-in-chief for years. “He is such a special man,” says Rose. “He had such empathy for parents, and he was so kind to those kids.”

But Rose and George have given every year for another reason as well. Even though regular blood transfusions and other care at CHOP helped their sons for years, Gregory died when he was 16 years old and Eric when he was 21, from the effects of the rare genetic disease (also known as Cooley’s anemia), which most people haven’t even heard of. In fact, neither Rose nor George knew anything about it when Gregory was diagnosed at 6 months old.

For years, Cohen and his colleagues have been studying beta thalassemia, which affects the production of hemoglobin and results in damage to bones and organs. Decades of research have improved outcomes and allowed patients to live longer, and every gift the Fieos give is dedicated to supporting that work. 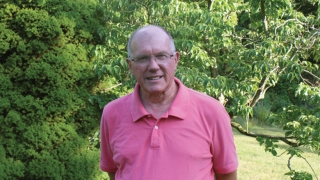 Carl Hildebrandt has been donating for nearly 40 years also out of gratitude, saying he is thankful for the work that CHOP does and that his family has not required its help. He started giving after the birth of his daughters.

“We had kids, and it was a good thing to do,” Hildebrandt says about the decision to start supporting Children’s Hospital with a regular donation.

Since his first gift, Hildebrandt has raised four children with his wife, Annette, driven 1.8 million miles as an outside sales representative and has become deeply connected to the country around his northern Montgomery County, PA, home. He has also never missed a year of donating to CHOP.

“I’m not going to cut back,” Hildebrandt says of his semiannual donations. Even though retiring and relying on Social Security were eye-opening life changes, “I can come up with that.”

It’s a sentiment shared by the Hiemenzes and the Fieos. Henny Hiemenz says they have been giving so regularly for so long, it would feel strange to stop. Rose Fieo makes regular gifts to CHOP to honor birthdays and anniversaries and to memorialize people when they die. Though all three families support many charities, Children’s Hospital holds a special place in each of their hearts.

“It is the most worthwhile cause that I give to,” Hildebrandt says. “You have to do everything you can to get those kids healed.”

Learn more about the 1855 Society.