Most of us get our information about topics related to science or health through media outlets. Sometimes it can seem like new studies are being reported every day and at times they directly conflict with other reports. When evaluating a media report, whether on the Internet, in print or on TV or radio, check for the following:

For example, speaking about the same study, a scientist might say, “This study shows that drinking 100 cups of coffee every day for 10 years leads to a two-fold increase in the risk of developing stomach cancer.” Whereas, a person from the anti-coffee drinker’s club might say “This study confirms that drinking coffee causes cancer.”

The best way to determine the strength of a study is to read the original paper. However, because most of us do not have the time or expertise to evaluate all scientific studies that are published each week, we rely on others, such as news outlets, to share accurate assessments with us. Therefore, these organizations should be held to high standards, and as consumers, we should assess each statement made in reports of scientific topics based on the criteria mentioned above. 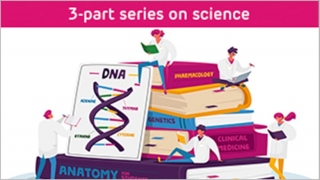 No. This Study Does Not Prove What You Think It Does.

This popular 3-part series from our Parents PACK newsletter describes different aspects of science and considerations when evaluating it.

For more information about the immune system and the science of vaccines, check out the Vaccine Makers Project.