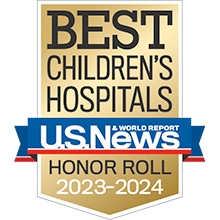 Every year since 2007, when U.S. News and World Report published the first ranking of U.S. children’s hospitals, Children’s Hospital of Philadelphia (CHOP) has been among the top-ranked institutions in the country. We are proud to once again be on the prestigious Best Children’s Hospitals Honor Roll in the 2021-22 U.S. News and World Report rankings. Only 10 pediatric hospitals across the nation are on the Honor Roll.

U.S. News also ranked Children’s Hospital No. 1 in the Mid-Atlantic Region, and No. 1 in Pennsylvania.

Named Among Most Innovative Children’s Hospitals by Parents Magazine

CHOP was named one of Parents Magazine's Top 15 Children's Hospitals in Innovation and Technology in 2020. Parents Magazine surveyed 50 leading children’s hospitals, inquiring about innovations, response to the pandemic, and technology used on a regular basis. Members of the Parents advisory board then helped to determine the best out of more than 200 innovations that were submitted.

CHOP was recognized specifically for the work of the Roberts Individualized Medical Genetics Center, which uses genetic sequencing to provide answers to patients and develop personalized treatments.

Accredited by the Joint Commission on Health Care Organizations

The Joint Commission is widely known for its leadership role in evaluating and accrediting thousands of healthcare organizations in the United States.

Joint Commission standards represent a national consensus on quality patient care amidst changing healthcare practices and new delivery methods. Participation in the accreditation process is entirely voluntary, and those organizations that do participate choose to be measured against national standards for excellence in providing quality patient care within organized healthcare delivery settings.

Children's Hospital of Philadelphia achieved a three-year Accreditation by Joint Commission on Heath Care Organizations for June 2013 through June 2016. This accreditation means that we demonstrated compliance with applicable Joint Commission standards in all performance areas.

Accredited by the NCQA as an Accountable Care Organization

An Accountable Care Organization (ACO) is a group of healthcare providers that have agreed to work together to provide seamless, comprehensive care for a specific patient population. The group could be made up of group practice providers, networks of individual practices, hospitals, provider-health plan partnerships or publicly governed entities. These providers choose to come together to form an ACO because of a shared goal to improve the quality of care and patient experience, while simultaneously reducing costs.

ACOs have the potential to achieve better quality at lower cost because they create financial incentives to improve care coordination and healthcare delivery across the spectrum of providers who participate in a patient’s care. This means sharing data and information, sharing accountability for the health of patients, and sharing best practices that lead to high-quality, efficient, patient-centered care. Learn more about CHOP's Accountable Care Organization accreditation » 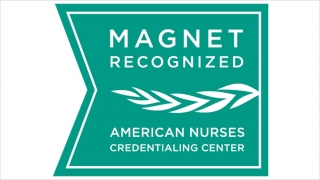 Children’s Hospital of Philadelphia was awarded Magnet status for Nursing Excellence, the nursing profession’s highest national recognition, by the American Nursing Credentialing Center (ANCC), an arm of the American Nurses Association, in 2004, and received recertification in 2008, 2014 and 2019. Fewer than 8.5 percent of U.S. hospitals earn Magnet® recognition, and less than 1 percent have received it four or more times. Children's Hospital was the first pediatric hospital in Pennsylvania to receive Magnet status.

Children’s Hospital of Philadelphia is the first pediatric hospital recognized as a Center of Excellence by Fertile Hope for its commitment to educate cancer patients and their families about the risk of infertility following cancer treatment and to offer potential ways to preserve fertility. Fertile Hope is a national initiative dedicated to providing reproductive information, support and hope to cancer patients and survivors whose medical treatments present the risk of infertility.

Other recent recognition of CHOP

CHOP and our leadership has received national recognition for providing excellent patient care, supporting innovation and diversity, and being a great place to work. Review recent awards and accolades.