Paul A. Offit, MD, discusses concerns about whether babies' immune systems can handle the challenge of vaccines.

Do babies get too many vaccines?

Paul Offit, MD: Hi, my name is Paul Offit. I’m talking to you today from the Vaccine Education Center, here at Children’s Hospital of Philadelphia.

The most common question that we get asked here at the center is, “Do babies get too many vaccines?” It’s an understandable question. In the first few years of life, babies get vaccines to prevent 14 different infections. That can mean as many as 27 inoculations during that first few years of life; it can mean as many as six shots at one time; and I don’t care how smart you are about viruses or immunology, it’s hard to watch your baby go through that.

So, I think the short answer to the question “Can babies tolerate so many vaccines given in the first few years of life?” is yes, because frankly they encounter far more in their environment than they’re ever going to encounter in vaccines. 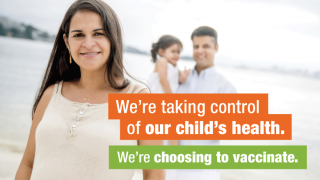