Measles, mumps and rubella aren't diseases many in the United States are used to seeing. In fact, the MMR (measles-mumps-rubella) vaccine eliminated measles and rubella from the country by 2000 and 2005, respectively.

Mumps is somewhat of a different story. Unlike measles and rubella immunity, the immunity from the mumps vaccine can fade about 10 years after the second dose.  The result is sporadic mumps outbreaks, particularly among adolescents and young adults, such as at colleges and universities.

Almost 6,000 people in the U.S. were diagnosed with mumps during 2016, and more than 3,000 people have been diagnosed just in the first five months of 2017 — many of these occurring on college campuses.

Watch as Dr. Paul Offit, Director of the Vaccine Education Center at Children’s Hospital of Philadelphia, explains how the effectiveness of the mumps vaccine has contributed to recent outbreaks.

Is the MMR vaccine safe? 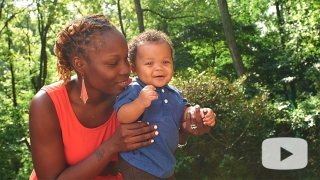 Paul A. Offit, MD, explains that the combination measles, mumps and rubella vaccine has been in use since 1971, and it has proven to be remarkably effective and safe.