What is CDKL5 deficiency disorder?

CDKL5 (cyclin-dependent kinase-like 5) deficiency disorder is a rare neurodevelopmental condition caused by pathogenic variants in the CDKL5 gene. The disorder can cause a wide range of symptoms with varying severity. The most common symptoms include early-onset, difficult to control seizures and neurodevelopmental impairment that affects cognitive, motor, speech and visual function.

Although rare, CDKL5 deficiency disorder is one of the most common forms of genetic epilepsy. Currently, there are two children diagnosed with the condition each week.

Cause of CDKL5 deficiency disorder

The CDKL5 gene is responsible for creating a protein necessary for normal brain development and function. Pathogenic variants in the CDKL5 gene reduce the amount of functional CDKL5 protein or alter its activity in neurons. A shortage (deficiency) of CDKL5 or impairment of its function disrupts brain development.

The exact cause of CDKL5 deficiency disorder is not known. Most pathogenic variants within the CDKL5 gene occur spontaneously and are not passed down through families. However, in rare cases, families in which multiple siblings were affected with the same pathogenic variant have been reported.

The symptoms of CDKL5 deficiency disorder vary widely, but generally include seizures that begin in infancy, followed by significant delays in many aspects of development. The types of seizures can change with age, and they usually follow a predictable pattern. Seizures occur daily in most affected individuals.

Most children with CDKL5 deficiency disorder have severe intellectual disability. Most of the children affected by the disorder cannot walk, talk or feed themselves, and many are confined to a wheelchair. Some may have scoliosis, visual impairment, gastrointestinal difficulties such as reflux and constipation, and respiratory and sleep problems. Nearly all affected individuals have low muscle tone (hypotonia), and movement disorders can also be present.

Distinctive facial features in some people with CDKL5 deficiency disorder include a high and broad forehead, large and deep-set eyes, a well-defined space between the nose and upper lip (philtrum), full lips, widely spaced teeth, and a high roof of the mouth (palate). Other physical differences can also occur, such as an unusually small head size (microcephaly) and tapered fingers.

About 90% of people diagnosed with CDKL5 deficiency disorder are female, due to the fact that the CDKL5 gene is located on the X chromosome, one of the two chromosomes that determine a person’s sex. Females have two X chromosomes, while males have one X and one Y, so females have a second copy of the CDKL5 gene that is able to work properly, but males do not. Affected males tend to have more severe developmental disabilities, including profound intellectual disability and almost no development of gross and fine motor skills.

At CHOP, treatment is focused on managing symptoms, providing support to children and their families, and maximizing each child’s abilities and skills. In our dedicated CDKL5 clinic, children meet with an interdisciplinary team of specialists that provides a personalized treatment plan to guide the child’s local medical, therapeutic and educational teams.

Seizure control in CDKL5 deficiency disorder is challenging, and is often the most difficult health issue to manage. No one anti-seizure medication has been found to be uniformly effective to treat CDKL5 deficiency disorder. A combination of anti-seizure medications may offer periods of seizure‐freedom lasting anywhere from a few weeks to a few years. Often the seizures return and may take on a different form.

Physiotherapy/physical therapy helps improve overall muscle tone, trunk stability, strength, balance and foot alignment, prevent foot deformities, and keep heel cords lengthened. Early intervention in the form of physical therapy, occupational therapy, and speech and augmentative communication therapy is key. It is important to maintain ambulation as much as possible in children who have learned to walk.

Patients meet with a dietitian who ensures they are maintaining optimal nutrition. We also provide psychosocial support for families caring for a loved one with CDKL5 deficiency disorder, work with families and their child’s school to develop an appropriate education plan, and connect families with available community resources.

There is still much to learn about CDKL5 deficiency disorder, including why it occurs, what causes its symptoms, and the best way to treat it. Our interdisciplinary team is engaged in scientific research and collecting information in an effort to put all of the pieces of the CDKL5 puzzle together.

With continued research and awareness of CDKL5, we hope to build a more comprehensive understanding of this disorder, develop diagnostic, therapeutic and preventative standards of care, and continue the search for effective treatments and a desperately needed cure.

Why choose CHOP for CDKL5 care?

Children’s Hospital of Philadelphia is one of just eight hospitals in the country designated a Center of Excellence by the International Foundation for CDKL5 Research (IFCR). Our goal as a Center of Excellence is to ease the burden on families facing CDKL5 deficiency disorder by streamlining access to the team of multidisciplinary specialists your child requires.

Our team consists of experts from a variety of specialties, including epilepsy, genetics, gastroenterology, physical medicine, rehabilitation and palliative care, with neurology as the coordinating specialty. 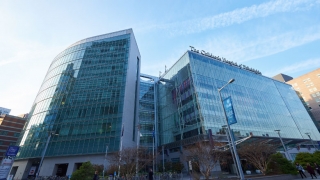 CHOP Named a Center of Excellence for CDKL5

The Center addresses the need for families affected by CDD to have access to a wide range of specialists.