What are rheumatic fever and rheumatic heart disease?

Rheumatic fever is an inflammatory disorder caused by a Group A strep throat infection. It affects the connective tissue of the body, causing temporary, painful arthritis and other symptoms.

In some cases rheumatic fever causes long-term damage to the heart and its valves. This is called rheumatic heart disease.

Rheumatic fever occurs as a result of a rare strain of strep throat that isn’t treated with antibiotics quickly enough or at all. Doctors aren’t sure why this rare strain of strep triggers this inflammatory disorder. It’s probably because antibodies (special proteins in the blood that attack strep) mistakenly also attack healthy cells, such as the heart muscle and valve cells, as well as joint, brain and skin tissue, causing a reaction that results in inflammation.

Strep throat is most common in school-aged children, and so is rheumatic fever. Rheumatic fever was a leading cause of disability and death in children in the United States before 1960. Today, rheumatic fever is not common in the United States because most people have access to penicillin and other antibiotics. However, it does still occur in this country and remains a leading cause of early death in countries with less-developed healthcare systems.

There is also a genetic factor in rheumatic fever. The members of some families are much more likely to develop it, and researchers are currently looking to understand why.

Signs and symptoms of rheumatic fever

Rheumatic fever can cause:

Testing and diagnosis for rheumatic fever

There is no single test to diagnose rheumatic fever. Your child's doctor may use the modified Jones criteria to determine if your child has rheumatic fever. A child must show evidence of a prior strep infection through throat culture or blood work, as well as labs that show inflammation in the body. These tests, combined with other physical findings and signs of heart involvement, help doctors make the diagnosis.

Penicillin, aspirin and other medicines are used to treat rheumatic fever. Children will also have to stay on a low dose of penicillin for years to reduce the risk of recurrence. It's very important to prevent a recurrence because of the risk of more damage to the heart.

Carditis, or inflammation of the heart muscle and tissue, is the most serious result of rheumatic fever. Some children don’t develop carditis while others develop mild carditis that may not cause problems in the future.

For children who do develop severe carditis, the inflammation leads to scarring and permanent damage to the heart, and particularly to the heart valves. The mitral valve, which controls the flow of blood between the upper left chamber and the lower left chamber of the heart, is most often damaged. The aortic valve, which sends the blood from the left lower chamber out to the body, is the next most commonly affected heart valve. Leakage of the heart valves is the most common finding.

In later years, blockage of the mitral valve can occur due to scarring. If either valve starts to leak severely, surgery to repair or replace it may be necessary. Usually this isn’t necessary before adulthood, but in severe cases, surgery during youth is necessary.

Children and teens who have serious rheumatic heart disease will need to see a cardiologist regularly for the rest of their lives. The doctor will monitor heart function so that if problems develop, they can be addressed as quickly as possible. 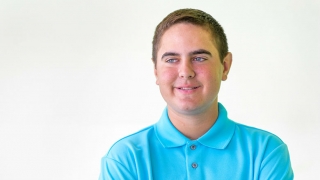 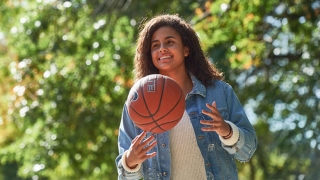