What is supraventricular tachycardia?

Supraventricular tachycardia (SVT) is an arrhythmia or rapid heartbeat.

In SVT, a series of early beats in the atria speeds up the heart rate. The rapid heartbeat (arrhythmia) does not allow the ventricles to fill with an adequate amount of blood, because an electrical signal is causing the heart to pump too fast.

Supraventricular tachycardia is by far the most common heart arrhythmia seen in infants and children. There are many types of SVT, but the most common form in children occurs when there is an extra electrical connection between the top and bottom chambers of the heart, called an accessory electrical pathway. The Cardiac Center team at CHOP will discuss the details of your child’s particular type of SVT, as well as the treatment options and any follow-up care your child will need.

Signs and symptoms of supraventricular tachycardia

Symptoms of supraventricular tachycardia in children may include:

Supraventricular tachycardia virtually never causes sudden death. Patients with SVT usually do not have any symptoms when they are not having these attacks.

Testing and diagnosis of SVT

Supraventricular tachycardia is suspected when a doctor or nurse counts a very rapid heart rate (>200) during an attack. To confirm the diagnosis, your child’s pediatrician might perform an electrocardiogram (ECG – also known as EKG). An ECG is a test which records the electrical activity of the heart. An echocardiogram or “echo” may also be performed in the cardiologist’s office. This is a type of ultrasound that captures moving pictures of the heart.

An ECG, echocardiogram and a physical exam are usually normal if they are performed after the tachycardia (fast heartbeat) stops, so it is important to obtain an ECG while your child is having the symptoms. If that’s not possible, your child may be sent home with a Holter monitor or another heart monitor that can be used to continuously record your child’s heart rhythm over the course of at least 24 hours. An accurate ECG will allow for the correct diagnosis and appropriate treatment for your child.

Your doctor may also refer your child to an electrophysiologist, a cardiologist who has additional education and training in the diagnosis and treatment of abnormal heart rhythms.

Supraventricular tachycardia episodes usually stop on their own. Many babies with SVT will outgrow the arrhythmia by their first birthday. For children who continue to have SVT symptoms, treatment may include:

Older children can learn to do vagal maneuvers to try to slow or stop an episode of fast heart rate. Vagal maneuvers may include:

The Cardiac team at CHOP will give you more information about vagal maneuvers and let you know which technique or techniques work best, based on your child’s age and medical condition.

When tachycardia does not stop on its own or with vagal maneuvers, we may recommend a daily medication to prevent SVT from occurring. We may also treat SVT with an IV medicine, which immediately stops a fast heart rate.

While babies with supraventricular tachycardia commonly outgrow the arrhythmia, older children usually do not. Depending on your child's age and the severity and frequency of symptoms, the cardiologist may recommend a catheter ablation procedure to permanently eliminate SVT. During ablation, several large IVs (small plastic tubes) are placed in the main blood vessels in the legs. Then, catheters (thin tubes) are advanced up through the veins and into the heart. Electrical signals from the catheters help locate the extra electrical connection, which can then be destroyed and eliminated. The procedure takes several hours and most children can go home on the same day. After successful treatment with ablation, your child should not experience any SVT episodes.

Please speak with your child’s cardiologist about your child’s particular condition and long-term outcome. In general, most children with SVT lead completely normal lives and have normal life expectancy.

If your child has SVT, she may have to see a cardiologist frequently. Children with SVT should see a cardiologist once or twice every year for management of their medications and follow-up electrocardiograms. However, older children who have had successful ablation procedures for SVT may not need ongoing follow-up care.

Elliot is a happy baby who charms people with his smile. His STV is under control thanks to treatment at CHOP. 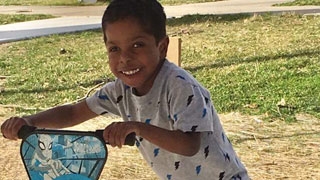 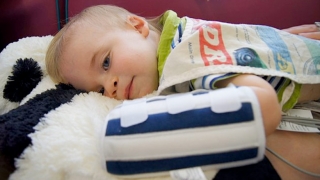 Cardiologists at CHOP diagnosed Oliver with SVT when he was 1, then found the right treatment to keep his heart beating normally.