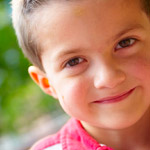 A significant increase in the number of children diagnosed with attention deficit/hyperactivity disorder (ADHD) over the past 10 years draws some much-needed attention to a condition that should be diagnosed very thoughtfully and carefully.

In the most recent data from the Centers for Disease Control and Prevention (CDC), about 11 percent of school-age children — and 19 percent of high-school-age boys — have been diagnosed with ADHD. This represents a 16 percent rise since 2007 and a 53 percent increase in diagnoses over the last decade.

Children with ADHD often have many difficulties at home, during school and in social settings. These kids are often not capable of completing tasks, have more difficulty following rules and struggle to get along with their peers.

Types and symptoms of ADHD

There are three different subtypes of ADHD − ADHD combined type (ADHD-C), ADHD predominately inattentive type (ADHD-I), and ADHD predominately hyperactive-impulsive type (ADHD-HI) – described below. The subtype a child has is determined by the symptoms he or she shows. In order for a child to have ADHD, the symptoms of ADHD must be present in at least two settings, such as at home and at school, and they must be impairing the child’s functioning.

First, let’s take a look at the symptoms of ADHD:

ADHD is commonly treated through a combination of therapy and medication (usually Adderall® or Ritalin®). While these medications can bring relief and much-needed focus to children with ADHD, there is limited research regarding their long-term effectiveness and children may experience unwanted side effects as a result of taking these medications.

That is why it is very important for children to have a thorough screening before a diagnosis is made. Not every fidgety child who has trouble doing homework has ADHD.

Getting an accurate diagnosis

It is not enough for a child to show the symptoms of ADHD to be diagnosed. For an accurate diagnosis, children must have difficulties in at least two settings, such as at home and at school, and the symptoms must be impairing their functioning. There is no single test to diagnose ADHD. The best way to find out whether or not your child has ADHD is to have your child evaluated by a pediatrician and a psychiatrist, psychologist, neurologist or social worker familiar with ADHD. Once a diagnosis is made, regular follow-ups with your child’s healthcare team are required.