For a century, Children’s Hospital of Philadelphia’s Research Institute has advanced innovation and pushed pediatric scientific knowledge forward — often fueled by generous philanthropic supporters. Beginning as a single laboratory in the hospital’s basement, the research program has grown into one of the largest in the country, with 525 investigators and a staff of thousands.

As the minds behind groundbreaking research, novel medical devices and cutting-edge treatment techniques, CHOP’s scientific community celebrates a proud history of solving the most challenging problems in children’s health and transforming the lives of our patients and families. 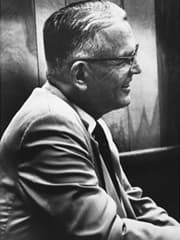 1922: CHOP establishes its first research laboratory in a single room in the hospital’s basement. Dr. Joseph Stokes Jr. begins working at the hospital and spends most of his career studying infectious diseases, with a focus on vaccine development. Physician-in-Chief and chair of the Department of Pediatrics from 1939 to 1961, Dr. Stokes is credited with transforming CHOP into a world leader in pediatric research and education.

1936: The pertussis (or whooping cough) vaccine is developed. The whooping cough vaccine was the first in a series of CHOP-pioneered vaccines that have had a worldwide impact on childhood disease.

1938: Dr. Charles Chapple publishes a medical paper describing a new incubator designed to control the environment of premature infants. The infants were fully visible and could be cared for through attached “sleeves.”

1940: CHOP establishes a virus diagnostic laboratory — the first in the nation. Dr. T. McNair Scott is appointed as the first Director of Research by Dr. Stokes. Throughout the following decade, CHOP forges the sciences of bacteriology, virology, immunology, biochemistry and epidemiology into a dynamic program of research, education and clinical care. 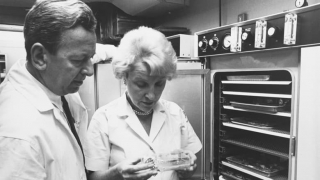 1940s: Husband-and-wife team Drs. Werner and Gertrude Henle, together with Dr. Stokes, are the first to prove the effectiveness of gamma globulin as a therapy in treating hepatitis A. A powerhouse trio, they also develop the first convincing demonstration of vaccination against influenza and mumps.

1940s: During his residency at CHOP, Dr. Lewis Coriell perfects techniques to prevent contamination in cell cultures, which later helps to progress polio research and lay the groundwork for the polio vaccine.

1950s: Drs. John Holter and Eugene Spitz develop the first working shunt valve to drain fluid for the treatment of hydrocephalus (the abnormal buildup of fluid in the brain). The Spitz-Holter valve is now used throughout the world. 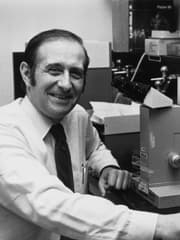 1965: The Clinical Research Center (CRC) is established for hard-to-diagnose pediatric diseases and the development of advanced treatments. The CRC is the forerunner of the Center for Human Phenomic Science, which has been continuously funded by the National Institutes of Health (NIH) for more than 40 years.

1966: Dr. William Rashkind, known as a pioneer in the field of interventional catheterization, develops a lifesaving, nonsurgical procedure for infants with a certain type of congenital heart disease. This “balloon atrial septostomy” is referred to as the Rashkind procedure.

1967: Drs. Werner and Henle discover that the Epstein-Barr virus (EBV) causes infectious mononucleosis, proving that a common virus may produce disease. They eventually discover a connection between EBV and Burkitt lymphoma, the first time a virus has been associated with the pathogenesis of a human cancer.

1971: As Chief of Pediatric Oncology, Dr. Audrey Evans develops the Evans Staging System, which is used to determine the best treatments for children with neuroblastoma, significantly decreasing mortality rates.

1972: The Joseph Stokes Jr. Research Institute is created. Dr. Klaus Hummler, a pioneer in the use of electron microscopy, is named the first director. 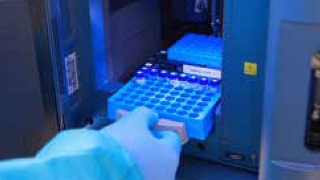 1990s: Dr. Terri Finkel and team are the first to show that HIV does more than infect T cells. The virus also primes uninfected T cells for suicide, reducing the ability to fight infection, and renders some of its cells death-resistant, prolonging the lifespan of the virus.

1995: The Leonard and Madlyn Abramson Pediatric Research Center opens on the hospital’s Philadelphia Campus, allowing the Research Institute to expand into much-needed wet-bench research space and consolidating the lab research of the Stokes Research Institute.

1995: Dr. N. Scott Adzick leads the development of the Richard D. Wood Jr. Center for Fetal Diagnosis and Treatment, which is at the forefront of research and clinical practice in the field of fetology. The center now cares for women carrying babies with known birth defects, from diagnosis to fetal surgery to delivery and care after birth.

1999: CHOP becomes one of 13 academic sites designated by the NIH as a Pediatric Pharmacology Research Unit (PPRU). PPRUs are established to conduct studies of drug disposition and action in pediatric patients and address the lack of pharmacological information about drugs used in children.

2006: The Centers for Disease Control and Prevention approves RotaTeq®, a vaccine for the prevention of rotavirus gastroenteritis (a severe stomach virus in infants), co-invented by Drs. Paul Offit, Stanley Plotkin and Fred Clark. Three years later, the World Health Organization recommends RotaTeq® for children around the world. 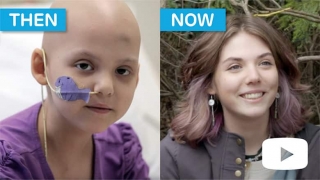 2016: The Roberts Collaborative for Genetics and Individualized Medicine is created. The initiative is the first in the nation to apply genetic testing technology to individualize diagnostics in pediatrics and then translate patients’ unique genetic blueprints to inform clinical management, family education and counseling, innovative research and new therapeutics.

Meet Hannah, whose blindness was reversed. 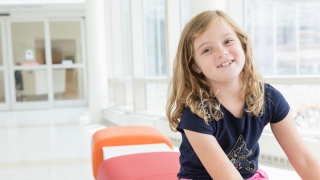 Before she was 7, Hannah had never seen a star. Then she had a breakthrough treatment at Children's Hospital of Philadelphia.

2018: Dr. Katherine High and colleagues from the University of Pennsylvania develop a safe gene therapy for Leber congenital amaurosis, a rare, inherited form of retinal blindness. Luxterna® is the first gene therapy for a genetic disease approved by the FDA.

2019: Drs. Yoav Dori and Hakon Hakonarson use an existing drug, commonly used to treat melanoma, to treat a genetic mutation causing severe lymphatic leakage. The treatment provides the first real evidence for complete remodeling of an entire organ system by a drug. 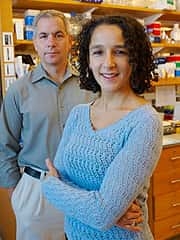 2021: The FDA approves Xalkori®, a first-generation ALK inhibitor, for the treatment of pediatric patients with a rare form of non-Hodgkin lymphoma known as ALK-fusion-positive relapsed/refractory anaplastic large cell lymphoma (ALCL). Approximately 90% of pediatric ALCL cases are ALK-positive. The approval was based on a pivotal study led by CHOP researchers through the Children’s Oncology Group, with Dr. Yael Mossé as the principal investigator. 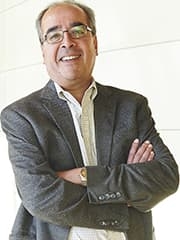 Sriram Krishnaswamy, PhD, has won national and international awards for his research advancing the understanding of blood clotting. 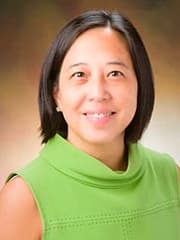 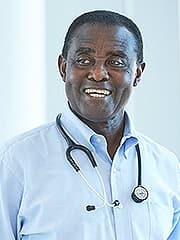 Kwaku Ohene-Frempong, MD who died in May, led a large study that discovered that regular transfusions could prevent most strokes in children with sickle cell disease.