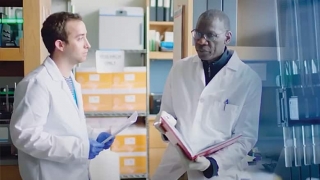 Children’s Hospital of Philadelphia (CHOP) was named 1 of the 15 most innovative children’s hospitals by Parents magazine based on the results of a comprehensive survey.

CHOP was specifically recognized this year for its use of genetic testing to find answers for children whose illnesses had eluded diagnosis and then creating personalized treatments to restore the children’s health. The Roberts Individualized Medical Genetics Center at CHOP has helped more than 1,000 children so far. Learn about this and other innovations happening at CHOP in this short video at chop.edu/inside-chop. 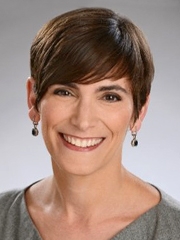 Karen B. Zur, MD CHOP has appointed Karen B. Zur, MD as Chief of the Division of Otolaryngology, formalizing a role she has served in an interim capacity since March 2020. In addition to her new role, Zur will continue to serve as the director of CHOP’s Pediatric Voice Program and associate director of the Center for Pediatric Airway Disorders.

In the largest U.S. study of its kind to date, researchers at CHOP and other PEDSnet sites report that of more than 135,000 pediatric patients tested for SARS-CoV-2 in pediatric health systems, 4% tested positive for the virus. However, the study, published in JAMA Pediatrics, also found patients from ethnic minorities, adolescents, patients with history of public insurance, and those with certain underlying medical conditions (cancer, endocrine conditions such as diabetes, and several other types of chronic illness) were more likely to test positive. More severe disease was seen in 6.7% of children with positive tests.

CHOP researchers have found elevated levels of a biomarker related to blood vessel damage in children with SARS-CoV-2 infection, even if the children had minimal or no symptoms of COVID-19. They also found that a high proportion of children with SARS-CoV-2 infection met clinical and diagnostic criteria for thrombotic microangiopathy (TMA). TMA has been identified as a potential cause for severe manifestations of COVID-19 in adults. The findings from co-senior authors David Teachey, MD, and Edward Behrens, MD, were published in Blood Advances.

Number of Preterm Births or Stillbirths Steady in Pandemic

An analysis of nearly 3 000 births from March to June 2020 by researchers at CHOP and the Perelman School of Medicine at the University of Pennsylvania has found no change in preterm births or stillbirths at 2 Philadelphia hospitals in the first 4 months of the pandemic. The findings, published in JAMA, go against European studies that have reported a decrease in preterm birth and increase in stillbirth during the first few months of the pandemic.

Sage Myers, MD, an attending physician in the Emergency Department and first author of the study, published in JAMA Network Open, says the results “suggest a possible linkage between the mechanisms of injury underlying both kidney injury and cerebral injury.”