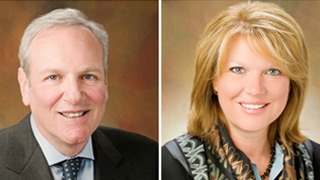 The Board of Trustees of The Children’s Hospital of Philadelphia (CHOP) has announced that Madeline Bell, currently President and Chief Operating Officer, has been appointed President and Chief Executive Officer and will succeed Steven M. Altschuler, MD, as CEO, whose retirement was announced by the Board with gratitude for his service as CEO. The transition of leadership will be completed on July 1, 2015.

Mortimer J. Buckley, Chairman of CHOP’s Board of Trustees, said that Bell’s 20-year career at CHOP would ensure a seamless transition of leadership at the nation’s first pediatric hospital. “Madeline has an established track record for excellence and leadership that makes her the perfect choice to be CHOP’s next CEO,” Buckley said. “During her time at CHOP, she has managed nearly every facet of pediatric care with the kind of skill and vision that is truly inspiring,” Buckley said. “The Board believes that she is the ideal executive to lead the 160-year institution to the next level of pediatric excellence.” CHOP will conduct a national search to replace Bell as COO.

“I am very pleased that Madeline will succeed me as Chief Executive Officer of The Children’s Hospital of Philadelphia,” said Dr. Altschuler. “Her years of experience made her the ideal choice to lead this wonderful organization and I commend the Board of Trustees for selecting such a capable and dynamic leader. I wish Madeline every success in the years to come and stand ready to assist her in any way I can,” he said.

“I am extremely grateful for, and humbled by, the Board’s confidence in me to continue the legacy of this amazing institution. The opportunity to lead this organization during such a dynamic and changing time in healthcare is exciting. I will do all I can, with the help of a skilled and dedicated team, to ensure that The Children’s Hospital of Philadelphia’s reputation for preeminence in pediatric healthcare and commitment to the mission, endures long into the future,” Bell said.

The appointment of Bell as CEO was the result of a multi-year succession planning process, conducted in anticipation of Dr. Altschuler’s retirement. Appointed in April 2000, Altschuler will have completed 15 years of service as CEO when he retires.

Buckley noted that the retirement of Dr. Altschuler was an occasion for the Board to mark his enormous contributions to CHOP during a career spanning nearly four decades. “Dr. Altschuler’s departure, after 33 years of clinical and administrative service, leaves all of us in the CHOP community in awe of his extraordinary dedication to pediatric medicine,” Buckley said.

Bell began her career as a pediatric nurse at CHOP in 1983, later leaving the organization to move into hospital administration. She returned to CHOP in 1995 to head Home Care and Case Management, and since that time has held a number of leadership positions, advancing from Vice President to Senior Vice President to Executive Vice President and Chief Operating Officer in 2007. In 2010, she assumed the title of President and Chief Operating Officer. A mission-driven leader nationally recognized for hospital operational excellence, Bell has made numerous contributions to CHOP, including: the development of the largest pediatric ambulatory network in the country; the implementation of a single-platform electronic health record; the expansion of a 4-million-square-foot campus; and the development of numerous nationally recognized clinical and family-centered care programs. She has secured many philanthropic gifts to help further the institution’s mission. Throughout her career, Bell has been a champion for cultural change and patient safety within the organization. Never forgetting her early career, Bell has a deep appreciation of the clinical world and always stays focused on improving care for children.

Bell sits on a number of boards, is a Fellow at the College of Physicians of Philadelphia, serves as an advisor to international hospitals and is a frequent lecturer on topics ranging from business strategy to children’s healthcare to women in leadership. She has won numerous awards for her leadership and professional achievements. She earned a Bachelor of Science in Nursing from Villanova University, and a Master of Science in Organizational Dynamics from the University of Pennsylvania.

During Dr. Altschuler’s 15-year tenure as CEO, CHOP has evolved from a traditional academic medical center into an integrated delivery system characterized by world-class clinical care, leading training programs, transformational translational research, and worldwide advocacy for children. Dr. Altschuler’s vision and leadership has driven the most significant growth in the Hospital’s long history, including the expansion of the CHOP Care Network, the CHOP Research Institute, and the Hospital’s International Medicine program. A respected advocate for children’s health, he has led innovative multi-institution efforts to better coordinate care for complex patients. Prior to being appointed CEO, he served in many leadership roles at CHOP including: Division Chief of Gastroenterology, Physician-in-Chief, and Professor and Chair of the Department of Pediatrics at the Perelman School of Medicine at the University of Pennsylvania.